The Everyone Home Collective of influential charity and academic sector organisations working to end homelessness will start consulting from Monday on the second in a series of Route Maps designed to permanently end rough sleeping and destitution in Scotland as the country emerges from the pandemic. 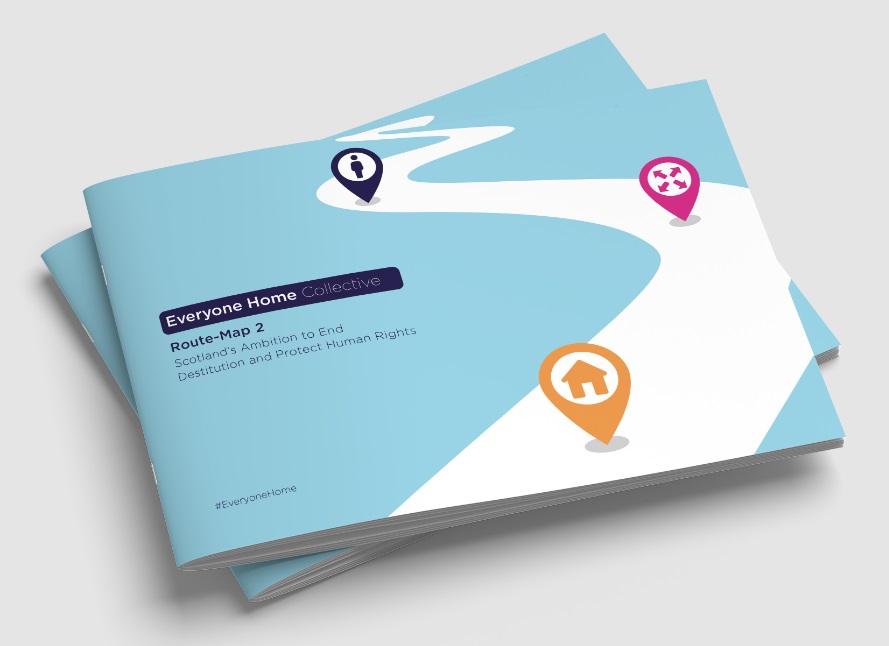 The 28-strong Collective have agreed a ‘triple-lock’ of measures to mitigate the impact of the pandemic on homelessness with:

The second Route Map considers issues facing people who do not have access to the welfare benefits and housing options that are available normally in Scotland for people at risk of homelessness. This is described as having ‘no recourse to public funds’ and most commonly affects people seeking asylum; those appealing decisions are most affected, with around 50% of appeals subsequently upheld. Some EEA nationals without settled status are also at risk of destitution and homelessness because they cannot access some help and benefits.

Sabir Zazai, chief executive of Scottish Refugee Council (SRC), said: “People in the asylum system are forced into destitution due to the No Recourse to Public Funds (NRPF) policy, a deliberate decision by the Home Office. Today’s Route Map provides a clear solution to prevent destitution. It is essential that the issues facing people with NRPF are part of mainstream housing policy.

“For Scotland to eliminate rough sleeping, everyone, no matter their immigration status, must be protected and have access to a safe place to stay. Scotland has a proud history of welcoming and supporting people. This route map is an important step in working towards an even better future for people seeking safety in this country.”

The Route Map explains in detail how people in Scotland are destitute as a direct result of UK legislation. This can mean little or no money to meet basic needs, such as food, medicine or access to washing facilities. Having no recourse to public funds is for most people a temporary experience but can be the catalyst for poor mental health, rough sleeping and physical or sexual abuse. The Route Map aims to mitigate the damaging impact of that experience until their status is legally resolved or reconnection with a person’s country of origin is made, with a forward plan in place to ensure destitution is not experienced in another place.

Alison Phipps OBE, UNESCO chair: refugee integration through languages and the arts, said: “There has now been over a decade of academic research, third and public sector commissioning and substantial activism with regard to the critical levels of destitution affecting a range of populations in Scotland. The death rates attributable to destitution and poverty are rising and well-documented. The voluntary sector is stretched to the limit financially and emotionally. This report from the Collective is timely and urgently needed.

“It is time to value the analyses and to implement the deep structural change which will move vulnerable populations out of repeated crisis, and volunteers and workers out of emergency response mode. I am delighted to endorse its findings and energised by its calls to action.”

Maggie Brünjes, chief executive of Homeless Network Scotland, said: “When the pandemic began to unfold in March rapid emergency support was provided to everyone who was destitute regardless of their immigration status. As we move into autumn there is a significant risk of people once again being forced onto the streets or into unsafe living arrangements, experiencing extreme poverty and at risk of exploitation and abuse–all the problems we were trying to deal with previously.

“It doesn’t have to be that way. The response earlier in the year demonstrated that ‘destitution by design’ is unnecessary and there is now lower tolerance for, and higher ambition to end, this situation in Scotland. This is the time to act and put in place measures that will make sure no one experiences destitution in Scotland as emergency measures are lifted.”

From Monday (17 August) to the end of September Everyone Home is consulting widely on this Route Map. Anyone wishing to comment or contribute to the document can contact: hello@everyonehome.scot or telephone 0141 420 7272 and/or join the conversation on social media at #EveryoneHome – more information at www.everyonehome.scot.