A significant change was made to the Inverness skyline by Morrison Construction after the installation of a 20-tonne tower crane. 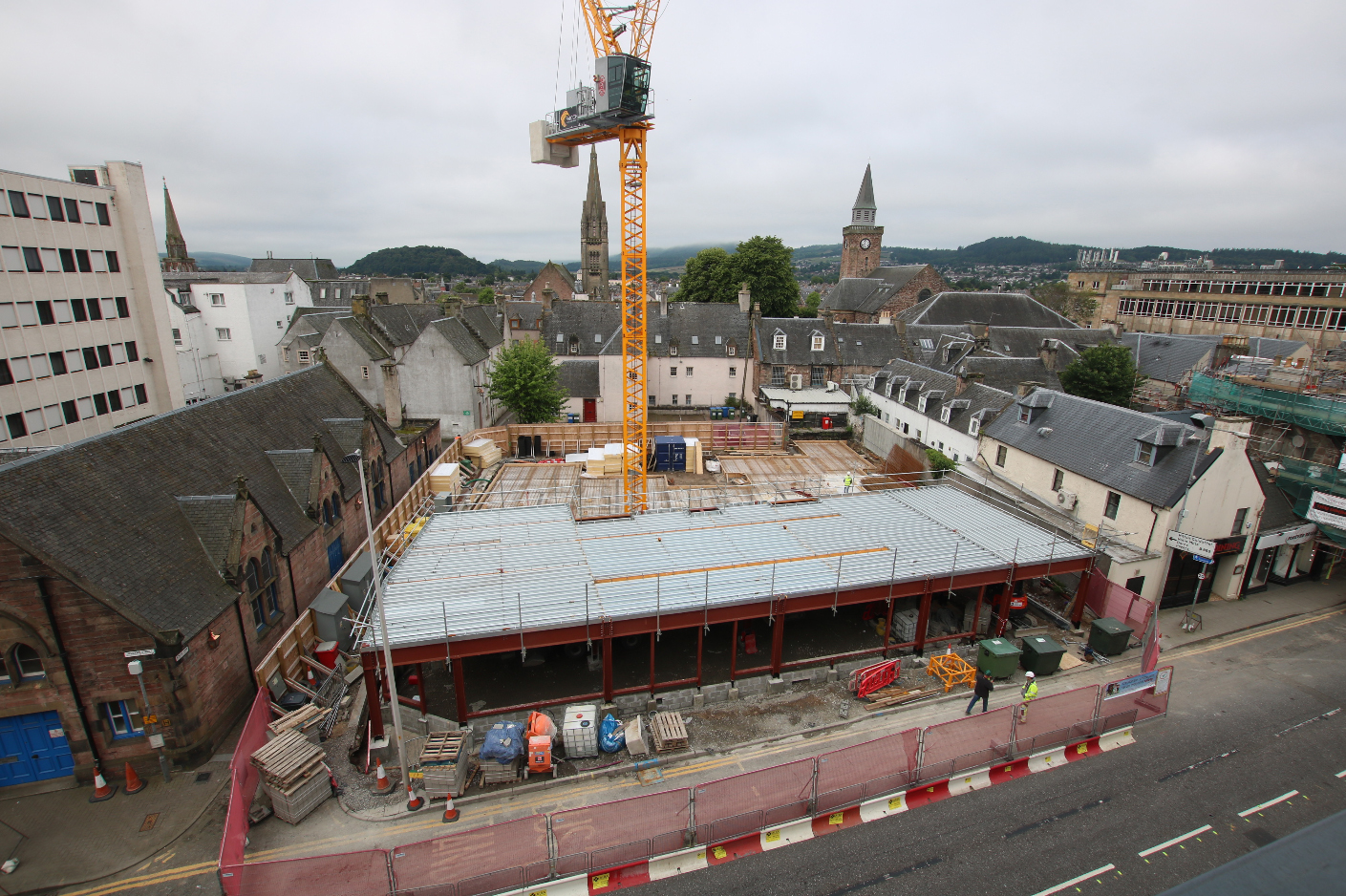 The tower crane will remain a fixture at 79 Academy Street until late in the year as the local contractor builds the Wyvern House development for the Highland Council and Highland Housing Alliance.

Road closures began around the site from 8am on July 14 as the installation of the crane was undertaken by the experienced site team in less than 12 hours, aided by good weather.

Three lorries were used to deliver pieces of the tower crane, the largest of which was 3.6 tonnes, which was then lifted by a mobile crane and fixed into position.

Construction works began on site in April, with concrete works for the main foundations and substructure completed before the tower crane could be installed on-site.

Once successfully delivered by Morrison Construction the development will boast 37 new one and two-bedroom flats for rent along with commercial units.

Wyvern House is planned to be delivered in Summer 2020.

Morrison Construction, managing director of building Highland, Donald Mclachlan, said: “The installation of the tower crane is an important milestone for this project. I would like to thank the public for their patience during the road closure and congratulate the Morrison team for successfully completing the works in the tight timescale.

“The crane, fixed in the centre of the project site, will be used to lift and secure pre-fabricated sections of the development into place. This will include the steel frame and the cladding for the building.”

The Provost of Inverness Helen Carmichael added: “I visited last November before work had started so seeing the crane tower over Academy Street has been a very visual way to highlight the progress made in the transformation of this key city centre site.

“By creating much-needed quality new homes for local people in the heart of Inverness we will give it a vibrancy which has been missing. However I believe that the redevelopment of this landmark site is more than creating quality new homes – it is also about bringing investment, jobs, people and visitors to this part of the city and the project complements all the other work going on to restoring a sense of place to Academy Street. I look forward to being able to come back on-site once work has finished too and welcome tenants into their new homes.”

Gail Matheson, chief executive at Highland Housing Alliance, said: “The Wyvern House project represents a fantastic redevelopment story for one of Inverness’ neglected spots. The location has tremendous potential, and the sight of a crane in the Inverness skyline marks a positive step in the delivery of a range of new, high-quality mid-market rental properties for the city.

“We look forward to seeing the development progress to completion, and to handing over the keys to tenants, come summer next year.”