Revised proposals for a mixed-used transformation of Edinburgh’s Leith Walk complete with affordable housing and student accommodation have been recommended for approval by City of Edinburgh Council planners.

The developer submitted revised designs for the £50 million project last month which saw the height of the elevation on Leith Walk reduced by one storey to keep the building in line with the surrounding traditional tenement.

Planners are recommending that the application is approved when it is put before the council’s development management sub-committee on January 30.

The planning report states: “On balance, the proposed design, height and layout, including the loss of a small area of open space, are acceptable and the proposal will preserve the character and appearance of the Leith and Pilrig Conservation Areas.”

The report concludes: “Overall, the application accords with the development plan as the minor departures on some matters represent justifiable exceptions to LDP policy.

“The regeneration benefits for the town centre and wider area outweigh concerns regarding student housing and employment space, impact on amenity and the level of cycle parking provided.”

How the block would look under plans by Save Leith Walk

Drum’s vision for the site has divided opinion among the community with the new development attracting more than 2,000 letters of support.

However last month a grassroots campaign working to save the two storey sandstone block on Leith Walk unveiled its own vision of how the block could be developed rather than demolished. The Save Leith Walk campaign said the design revisions do not change the nature of the proposed development

Graeme Bone, group managing director of Drum, said: “For the past eighteen months, we have worked closely with the council, the local community and many groups, businesses and organisations to address the urgent need to bring new investment, connectivity and life back to this hugely important part of Leith Walk and the wider Pilrig area.

“Given there are no valid planning reasons to oppose the proposals, we trust that the elected members will now share the view of their officers and give the green light to this major transformational investment opportunity for Leith Walk and the rest of the city.” 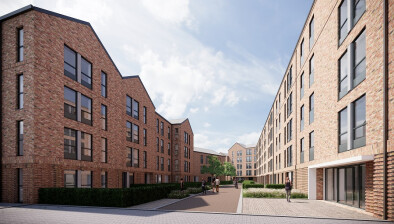