Plans have been lodged to build 32 homes on the site of a former Dundee school on behalf of Angus Housing Association.

KDM Architects is behind the design of the homes

Located on the north side of Fintry Terrace, the site was formerly occupied by the former Longhaugh Primary School which was demolished in March 2019.

Under the proposals, a mixture of flats and houses, including wheelchair-friendly properties, will be delivered, all of which will be available for social let. 75% of the houses have 3 or more bedrooms to comply with the requirements of the Local Development Plan 2.

A new access roadway junction is proposed from Fintry Terrace to serve the new road for the development. The new roads and pavements will all be designed and constructed to adoptable standards. A new public access footpath will be provided from Longhaugh Road to enable pedestrian through connectivity.

If approval is granted, Angus Housing Association intends to develop the site in conjunction with adjacent land formerly occupied by St Luke’s and St Mathew’s Primary School, which was closed and demolished at about the same time as Longhaugh Primary.

Both schools were amalgamated into the new North East Campus at the start of the last school year.

The combined developments will deliver 72 new homes in total. 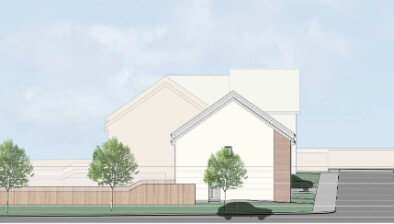