A cycling initiative aimed at getting older people out and enjoying the fresh air has officially launched its second bike in Perth, thanks to the help of an 82-year-old Bield tenant. 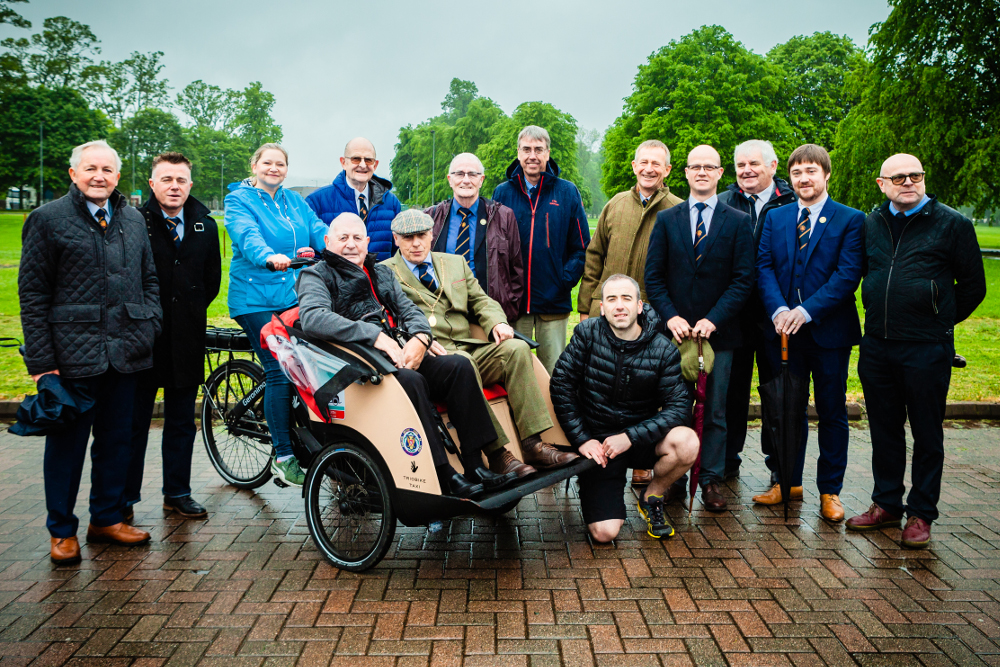 With the help of Norman Ridley, who lives at Bield’s Quayside Court development for over-60s, Cycling Without Age Perth launched its new trishaw at the South Inch.

The former Salvation Army officer, who is the ‘Senior Ambassador’ for Cycling Without Age Scotland, was joined on the day by members of the Guildry Incorporation of Perth who fully funded the second bike.

Norman said: “To be able to launch a second bike is just fantastic. We’ve only been running Cycling Without Age in Perth for just over a year and it has really taken off.

“Our team of volunteers have taken more than 100 people out so far – from Bield tenants at Quayside Court to residents at Balhousie North Inch Care Home and beyond.

“We have to say a big thank you to the Perth Guildry who donated the full sum for this second trishaw. One of the members came out for a ride and could see the benefits that the initiative has brought to the area.

“We are looking forward to taking ‘Geronimo’ out for a spin and getting more elderly people out and enjoying the fresh air.”

Neil Dewar, Lord Dean of Guild, said: “The Guildry Incorporation of Perth is delighted to contribute to this worthwhile project. It is one of our largest donations this year in the region of £8,500. It will give a lot of pleasure to the elderly inhabitants of Perth.

“Going out in a car is perhaps an everyday event, but this brings them back into the heart of the city around the many green spaces in Perth.”

Founded in 2012 by Dorthe Pedersen and Ole Kassow, Cycling Without Age is a project which aims to help elderly people who have limited mobility get back on their bikes.

First launched in Falkirk, Scotland in 2016 by community group Communities Along the Carron Association with Climate Challenge Funding, the group has now secured the long-term future of Cycling Without Age Scotland with funding from the Scottish Government.

The chapter operating in Perth was brought to the area by pupils and staff at Perth High School. A partnership between Perth High School and Norman of Bield’s Quayside Court was initiated and the school now works closely with him on a regular basis.

Matthew Mackie, chapter captain of Cycling Without Age Perth and principal at Perth High School, said: “When we first launched this project, I could see huge potential in terms of us developing intergenerational relationships between elderly residents and young people in Perth.

“Perth High School students have been involved from the beginning, raising funds to purchase our first trishaw and establish the chapter in Perth, recording video interviews with elderly passengers to learn about the benefits of the trishaw rides, and they have even created Virtual Reality experiences so new passengers can take a virtual trishaw around Perth before their first ride.

“I’m delighted with how it has taken off, and we are really grateful to the Guildry Incorporation of Perth for their generous support. A second trishaw will mean the benefits are multiplied; we will be able to reach many more people and passengers can now get out on a ride as a group of friends for a sociable, shared experience.”