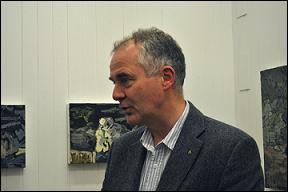 Who’s heard of the Fleming Trust? It’s probably the best funded landlord in Scotland, with no debt and all its houses up to the Scottish Housing Quality Standard. Voids are low, arrears are relatively low, and the Trust is now ready to build new homes for the first time in decades.

The Fleming Trust met on Monday night immediately after the council. No-one had to get up, because the councillors are the trustees. They unanimously agreed, in principle, to build between 15 and 20 new homes for approximately £2 million, borrowing prudentially from the City Council’s reserves. Good idea … do other councils have similar Trusts?

Back in 1929 the Dundee born financier Robert Fleming gave £155,000 for slum clearance and new homes, resulting in the Fleming Gardens estate in Dundee’s Coldside. There are about 90 of those houses left, after some were sold to the City Council a few decades ago.

Fleming started work for the Baxter’s textile company in Dundee, investing their money in American railways, before becoming a pioneer of investment trusts and making a fortune.

His gift to Dundee was to be used for needy people of Scottish extraction, and he set up a Supervisory Committee to ensure his bequest was correctly handled. Clearly to discriminate on the grounds of ethnic origin is no longer lawful, but there are plenty of people in need.

That Committee must now meet and discuss whether new social rented homes in Dundee’s Hilltown fit the bill; and if the investment is wise. After proper scrutiny, I think the Committee will give the project a fair wind.

Fleming’s grandson Ian wrote the James Bond novels, eclipsing his relatives in fame if not necessarily in wealth. Once we get these houses built, I would be delighted to see any of the actors who played James Bond, any of the famous women in those films or any of the villains come to Dundee and open the development. We wouldn’t be paying them … but it would be a nice touch.

Failing which, there is a very convincing Sean Connery lookalike in Broughty Ferry!

Councillor Jimmy Black is a former convener of Housing at Dundee City Council, and writes here in a personal capacity.