Blog: Housing is fundamental to our success as a country 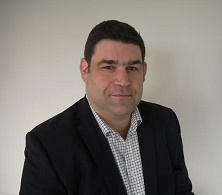 As Scotland’s housing professionals gather in Glasgow for CIH Scotland’s annual conference and exhibition, making the case for housing means highlighting its impact on the economy, health, education and social mobility says head of policy and public affairs David Ogilvie.

As BBC Radio Scotland presenter David Henderson said on Good Morning Scotland yesterday, getting the right housing in the right places at the right prices can boost the economy and social mobility – but Scotland does not have enough social housing and many people are struggling to buy. A recent poll for the BBC found that housing is one of the top 10 concerns for voters ahead of the general election.

Housing is absolutely fundamental to our success as a country – but a quick look at the figures show that we have a serious problem. We have a growing population and we are building half the number of homes we need – at the moment we are building just under 16,000 homes a year and we really need to be doubling that. There are 180,000 people on local authority waiting lists and 37,000 people registered as homeless last year.

Providing people with a decent place to live at a price they can afford is about much more than just putting a roof over their head. Getting housing right means we have a better chance of getting so many other things right – education, health and wellbeing, the economy. We know that businesses have growing concerns about the cost of housing, as the CBI pointed out last year. It has a big impact on recruitment and retention – if housing is unaffordable, it’s very difficult to build a workforce.

It also has an impact on people’s health and wellbeing. Many young workers moving to a new town or city will find themselves living in the private rented sector – partly because they can’t afford to buy but also because it suits their needs at this stage in their life. So we must continue to look at new ways to improve standards in a sector where they can be extremely variable.

David finished with a very good question: In a time of continuing austerity, how do we tackle the housing crisis without further government investment? The housing professionals gathered in Glasgow for our annual conference this week will be grappling with that issue among many others – together we will be discussing potential solutions but also pushing our politicians for the long-term commitment housing so desperately needs.