The redevelopment of the historic Royal Blind School and Braille Press in Newington into a broad mix of homes has begun in earnest. 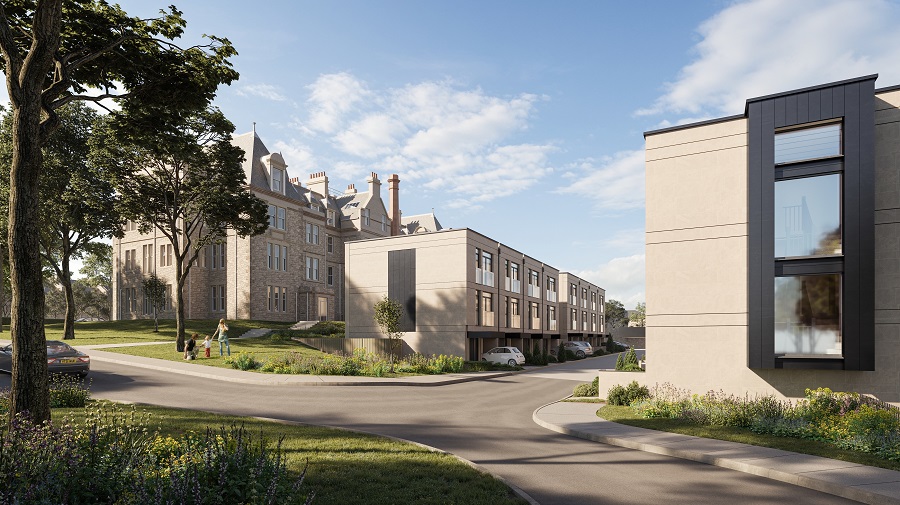 CALA Homes (East) has released a new visual of the development, which was given planning approval in 2019, and confirmed that it is on track to launch the 21 one- and three-bedroom apartments in February.

Regarded as one of south Edinburgh’s best-known buildings, the campus dates back to 1874 and has been vacant since 2014. CALA will take it back to its former glory by removing extensions and outbuildings to revitalise its surroundings.

A further 27 new-build homes, comprising a mix of three to five-bedroom townhouses, will feature within its landscaped grounds, along with the conversion of the former gatehouse into a two-bedroom home.

CALA has confirmed that a sales launch for the development, which it has named Newington Residences, is due for February 2022, with showhomes anticipated to be ready for viewing in spring. 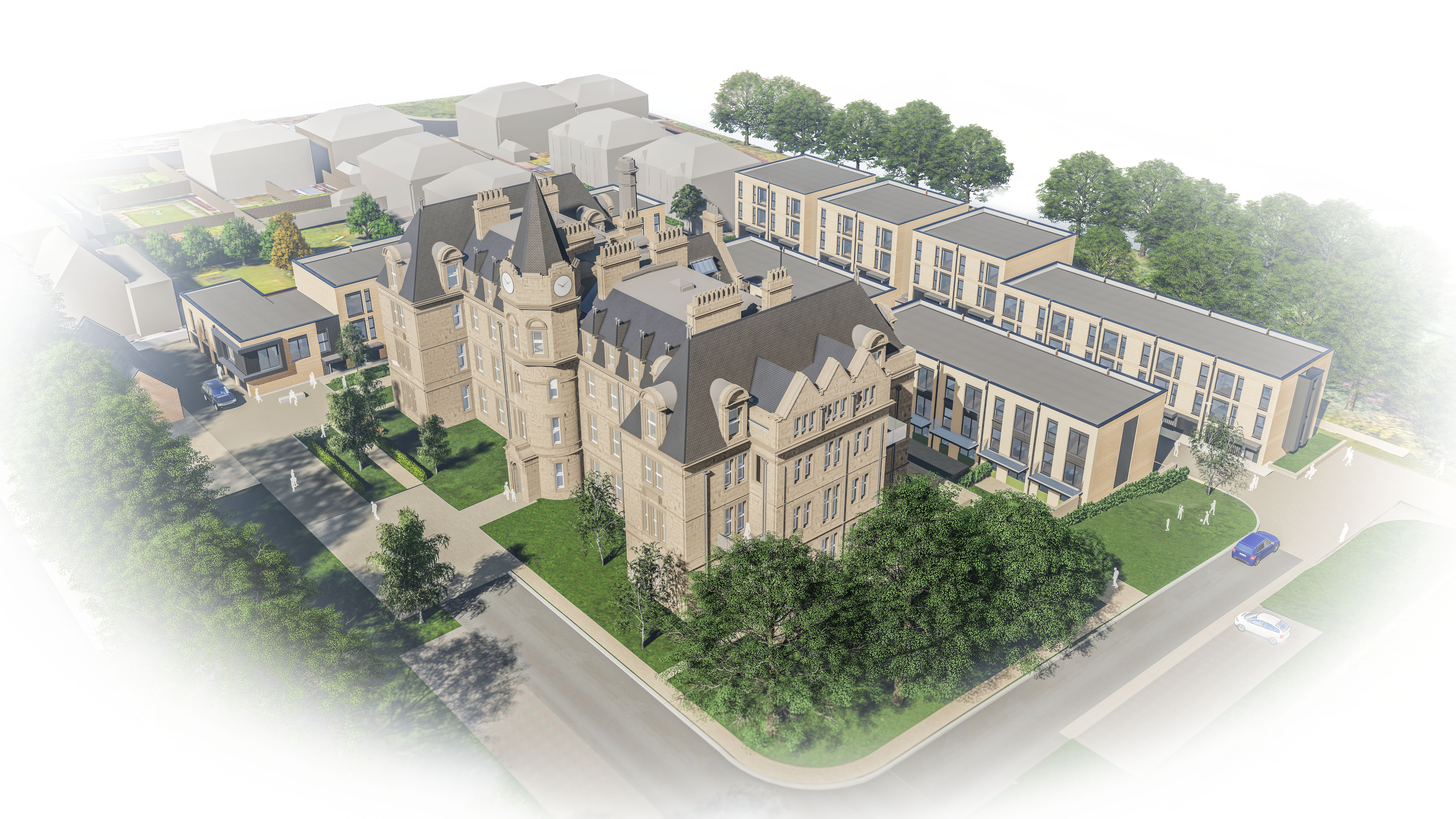 Philip Hogg, sales director for CALA Homes (East), said: “We have high expectations that Newington Residences will quickly become one of the city’s prime postcodes.

“There’ll be a great mix of homes likely to appeal to a broad range of discerning buyers looking for high specifications and a great location.

“We believe the attractive renovation at the heart will give the development real character and charm, while preserving a historic local landmark.”

The development, within the Craigmillar Park Conservation area, has been carefully designed to respect the surrounding area.

Townhouses will range from 1600 to more than 2700 square feet, with a mix of semi-detached and terraced properties.

The Royal Blind School was founded in 1835 and the original School building was built in 1874. It later relocated to Morningside after its two campuses were merged in 2014. The Scottish Braille Press relocated to Robertson Avenue in March 2018.

Completion of the first homes is expected as early as next summer.