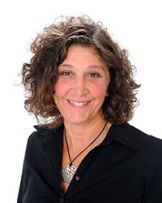 A new report from a coalition of major UK churches has revealed that around 6,500 children in Scotland were affected by benefit sanctions in 2013/14.

Today’s report, Time to Rethink Benefit Sanctions reveals that around 100,000 children were affected by benefit sanctions in 2013-14 across the United Kingdom, and over the same period a total of nearly 7 million weeks of sanctions were handed out to benefit claimants.

The report was written by a coalition of major UK churches including theChurch of Scotland, Church Action on Poverty, the Church in Wales, the Methodist Church and the United Reformed Church. It contains new data on the severity and length of sanctions under Welfare Reform, and on how sanctions affect vulnerable groups such as children and those with mental health problems.

Commenting on the publication of the report, the convener of the Church of Scotland’s Church and Society Council, the Rev Sally Foster-Fulton(pictured), said: “As a society we need to face up to the reality of this situation and think: is this really what we want to happen? Where those whose lives are already fragile to be made harder. It isn’t right that punishment rather support is what we offer to families or people with mental health problems who can’t find work. That’s why today we’re calling for a full and independent review of the sanctions regime.”

The churches are also recommending urgent reform of the hardship payments system to avoid the deliberate imposition of hunger and are urging the government to suspend all sanctions against families with children and those suffering from mental health problems. Most importantly, they say, there needs to be a change of culture, from one of enforcement and punishment to one of assistance and support.