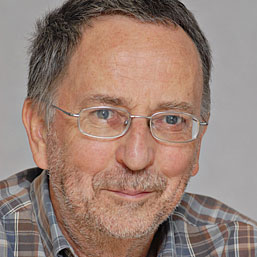 A lack of clear government strategies and insufficient financial incentives are undermining progress on decarbonisation in the residential sector, the Chartered Institute of Housing’s (CIH) upcoming 2022 UK Housing Review has revealed.

The UK has the oldest housing stock in Europe. One in five homes were built over a century ago, presenting a huge challenge in making them healthy, safe and energy efficient.

The residential sector accounts for 20% of the UK’s total carbon emissions. New analysis from the Office for National Statistics shows that the age of a property is the most significant factor in determining its energy efficiency, ahead of fuel type and property type. Almost all homes built since 2012 in England and Wales have a high energy efficiency rating (EPC band C or above), compared with just 12% of those built before 1900 in England, and eight per cent of homes built before 1900 in Wales.

The UK Government has set a goal for fuel-poor homes (households where the cost of heating is high relative to income) in England to reach EPC C or higher by 2030 (where reasonable), contributing to the UK-wide net zero 2050 target. At present, just 42% of homes are rated EPC C or higher. The zero-carbon challenge is significant, and analysis for the 2022 UK Housing Review shows that progress is not moving fast enough to achieve either long-term or short-term targets.

In England, the government has allocated £4 billion of funding for decarbonisation of housing from 2022-25, but this is much less than the £9.2bn promised in the Conservative election manifesto. It is also a fraction of the government’s estimate that £35-65bn of investment is needed by 2035. The Scottish Government has allocated £1.8bn over five years against a total decarbonisation cost of £33bn (which includes non-domestic buildings). In Wales, where the total retrofit bill is estimated at £15bn, only small pilot schemes are so far being funded. The picture is similar in Northern Ireland, where achieving EPC C is estimated to cost £2.4bn.

According to the CIH, lack of clear strategies and insufficient financial incentives are key problems, not least because governments continue to focus their priorities on changing heating systems without giving equal priority to improving the energy efficiency of the fabric. The House of Commons Business, Energy and Industrial Strategy Select Committee recently noted that without a clear plan, the government will not meet its net-zero target. The recent Levelling Up white paper included little detail on net zero, with the ‘green industrial revolution and transition to net zero’ close to the bottom of its 16 priorities.

John Perry, senior policy adviser at the Chartered Institute of Housing said: “The UK government’s levelling-up agenda will fail if too little action is taken to ensure that the six million UK homes that are over a century old meet modern requirements. Significant extra funding and a clear timetable of action is needed to achieve decarbonisation of the residential sector whilst ensuring minimum disruption to residents and support for those in fuel poverty.” ­­

CIH teams up with ITN Productions to present new film