A former farmhouse in the south of Edinburgh has been identified as a possible location for a new form of co-operative housing. 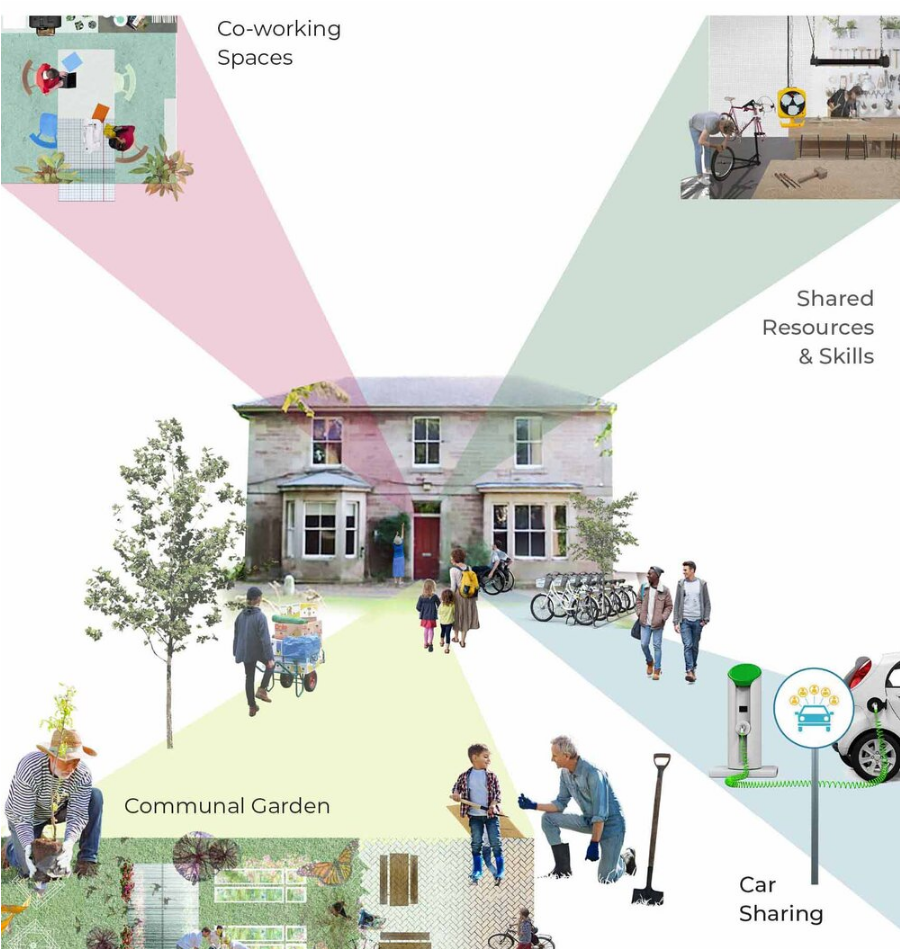 Image courtesy of Clare O’Connell via Imagine If…

Comiston Farmhouse - currently for sale by the City of Edinburgh Council - is to be bid for by a spin-off to a local cohousing group, Cohousing in Southern Scotland (CHOISS).

Should the bid be successful, it would be one of the first-ever cohousing projects to get off the ground in Scotland.

Cohousing involves a group of people wanting to be neighbours to each other. Very often, the housing they design for themselves is environmentally friendly and involves a sharing culture, such as a common building with a shared kitchen and dining room.

Recognised as an antidote to loneliness, cohousing is not communal living: each household has their own home, but shares other resources, such as a laundry, garden space, tools and cars.

Comiston Farmhouse is set within an acre of land, between Fairmilehead and Oxgangs.

A CHOISS spokesperson said: “Comiston Cohousing hopes the cohesion and resilience of everyone involved, working together as a group, will achieve our vision.

“Our plan is to establish a legal entity, such as a co-operative, a company limited by guarantee or a ‘Mutual Home Ownership Society’ which has been piloted by Low Impact Living Affordable Community (LILAC) Cohousing in Leeds.

“We are in conversation with a Building Society and other sources of potential funding while individual ‘pioneers’ are totting up their savings or getting their homes valued.”

Neighbours to the farmhouse were recently invited to an online public meeting in February - where, overall, the feedback was very positive and ideas for further involvement with the community were shared.

It is expected the council will be setting a closing date for bids around the end of May.