The long-awaited public inquiry report into the Grenfell Tower tragedy has concluded that the choice, combination and installation of cladding led to the fire spreading so quickly. 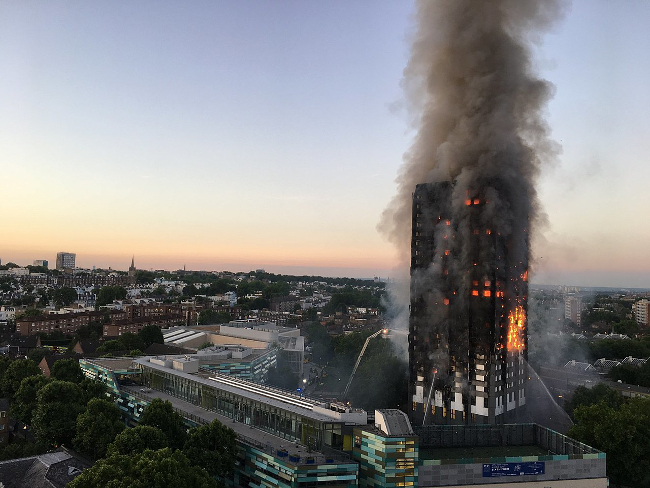 Published today, the 1,000-page phase 1 report follows the first phase of the inquiry, which looked at what happened on the night of 14 June 2017 when 72 people died in the west London tower block fire and how the emergency services responded.

Sir Martin Moore-Blick, who led the inquiry, said: “Grave concern inevitably arises simply from the fact that it was possible for highly combustible materials to be used for the purposes of refurbishing and cladding a building like Grenfell Tower.”

“Surveys undertaken since the fire have established that external wall materials similar to those used on Grenfell Tower have been used on over 400 other high-rise residential buildings around the country.”

The report references expert evidence put to the inquiry in saying doubts have also arisen about the reliability of the certification of certain materials for use in high-rise buildings.

There is recognition, too, of the current regime for testing the combustibility of materials and cladding systems – particularly those chosen for use in high-rise buildings – being neither as rigorous nor as effectively enforced as it should be.

“Pending further investigation it would clearly be sensible for anyone who is responsible for the fire safety of an existing building or who is considering the use of products on high‑rise buildings to scrutinise the information about them provided by the manufacturers and exercise considerable care to ensure that they meet the required standards.

“These concerns extend to the adequacy of the regulations themselves, the quality of the official statutory and non-statutory guidance currently available, the effectiveness of the tests currently in use (and) arrangements for certifying the compliance of materials with combustibility criteria and the manner in which materials are marketed,” the report added.

The London Fire Brigade (LFB) has also been condemned systemic failures in its response to the fire as the report found that fewer people would have died if the LFB had taken certain actions earlier.

Sir Martin Moore-Blick said: “From the evidence put before me in Phase 1, two very important matters have come to light: first, that in its origin the fire at Grenfell Tower was no more than a typical kitchen fire; second, that the fire was able to spread into the cladding as a result of the proximity of combustible materials to the kitchen windows.

“However, even if they do not, fires can occur in a wide variety of circumstances and in cases where the exterior walls of the building include combustible materials of a similar kind, might gain access to it by a variety of different routes. It is not surprising, therefore, that people living in such buildings are concerned for their safety.”

He added: “It is unnecessary for me to recommend that panels with polyethylene cores on the exterior of high-rise buildings be removed as soon as possible and replaced with materials of limited combustibility because it is accepted that that must be done.

“It is essential that it be done as quickly as possible and concern has been voiced publicly, most recently by the House of Commons Communities & Local Government Select Committee, about the apparently slow rate of progress in carrying out the work. In the light of what has been learnt in Phase 1 about the behaviour of ACM panels with polyethylene cores when exposed to fire, I wish to add my voice to that of the committee in expressing the view that the programme of remedial work should be pursued as vigorously as possible.

“In view of the part played by the architectural crown in the spread of the fire at Grenfell Tower, particular attention must be paid to decorative features composed of combustible materials.”

Responding to the publication, Debbie Dore, chief executive of the Association for Project Management, said: “This report is an important public document and we all need to ensure that the right lessons are learned. Our thoughts are with the families of the victims and the survivors on what will be a difficult day.

“Although this report focuses on the immediate event of the fire, much has been done by professional bodies to look at the wider issue of building safety and, crucially, the culture issues which underpin the building and renovation of high rise and similar buildings are addressed.

“The Hackitt report (Building a Safer Future) set out three themes central to addressing building safety concerns. The first two highlight the need for improving both culture and competence across all aspects of building and construction. The third theme binds these two themes together, namely the required leadership and co-operation across professions and sectors.

“We continue to work in cooperation with other professional bodies through the Construction Industry Council to achieve these changes.” 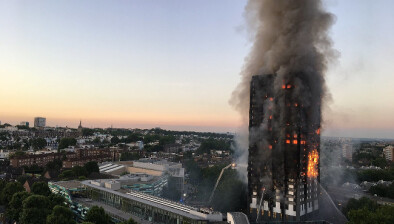