The completion of work on 31 homes at Dales View Drive and Ruby Crescent in Peterhead was celebrated with a ribbon-cutting ceremony, while a further 26 properties were revealed in Oldmeldrum.

Children from Dales Park School in Peterhead joined construction chiefs, councillors and the tenants who have recently moved into the properties for the event.

The housing development scheme was initiated to help mitigate the problem of a lack of council housing in the area.

Bill Howatson, Aberdeenshire Provost, led the ceremony and described the homes as “attractive and built to a high standard”.

He added: “I wish everybody who lives in them many happy years as part of the local community.”

Housing minister Kevin Stewart, told The Press and Journal: “This development will enhance and integrate the community in Peterhead. We want to make sure that everyone in Scotland has a warm, safe, affordable place to live.”

The Ruby Cresent development, which was completed in May this year, features a mix of one, two, three and four-bedroom flats, houses, and a bungalow, some of which are adapted for tenants with particular needs.

The new homes were named Ruby Crescent by the pupils as part of Dales Park School’s 40th anniversary.

Ron Liddell, construction director from contractors Chap, said: “I’d like to thank the children at Dales Park School, this will go down in history. This is something they’ll be able to remember forever.”

All the homes at Peterhead and Oldmeldrum were built as part of phase six of Aberdeenshire Council’s new build housing programme, which has received around £22.5 million of investment. 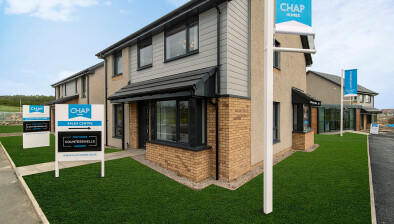 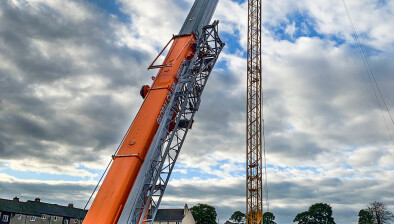 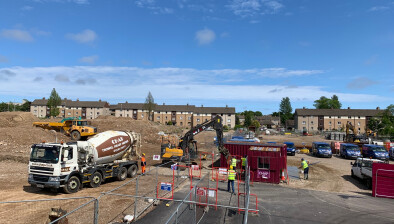 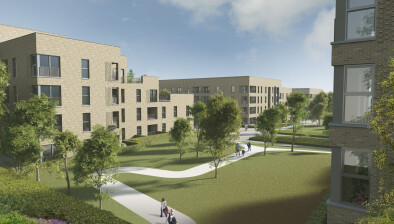