Following the release of its new report which reviews Rapid Rehousing Transition Plans (RRTPs) from each local authority in Scotland, Grant Campbell, director of Crisis Scotland, speaks to Scottish Housing News about the research. 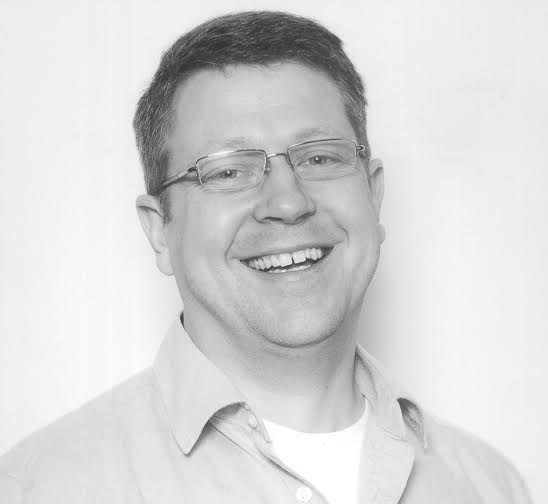 Crisis Scotland has launched a new report reviewing the plans made by each of Scotland’s 32 local authorities to end homelessness for good.

Following the publication of the Scottish Government’s ‘Ending Homelessness Together’ action plan in November 2018, Scottish local authorities and their partners are expected to move towards an approach of rapid rehousing by default.

Each local authority was asked to draft an RRTP by spring last year.

Rapid Rehousing Transition Plans: A Scottish Overview reviews RRTPs from each local authority to understand the themes, patterns, collaboration and differences in how they have understood, and intend to implement the rapid rehousing vision.

Outlining its approach, Crisis said the report was completed by reading publicly available RRTPs and associated documentation and was not cross-referenced with current services or good practice not mentioned in RRTPs.

Though the overview reflects the moment when a version of each RRTP was consulted, the charity stressed that RRTPs are dynamic, regularly undergoing review and new iterations.

Lastly, this report is primarily focused on the plans. Delivery is a distinct and much larger subject, Crisis added.

Crisis Scotland director, Grant Campbell, explained: “We hope a detailed overview of RRTPs, taken at this particular point in time in Scotland, will be of use, interest and inspiration to the homelessness sector and beyond.

“Being an evidence-based organisation, a report like this is something that’s instinctive for Crisis. We always want to be able to show what the evidence tells us and to be able to look at what’s going on and evaluate it.

“Jon Sparkes, the chief executive of Crisis, chaired the Homelessness and Rough Sleeping Action Group (HARSAG) that gave recommendations to the Scottish Government, one of which was a rapid rehousing. So we wanted to follow through on that recommendation and study that piece of work to see what local authorities were doing.

“As many organisations do, we believe passionately that people have the right to safe and secure homes. We totally believe homelessness can be ended and rapid rehousing is part of that process.

“So we wanted to play the part that we could play, which has been to analyse and look at what people had done, and bring that together and then share that. And the result is a tool which local authorities can use.”

What is working well?

Filled with examples of good practice and innovative working, the report provides a fascinating insight into what Scotland’s homelessness system could look like in five years’ time, sharing examples of innovative working, highlighting the collective issues and questions and encouraging collaboration between local authorities, all with the view of moving Scotland towards ending homelessness for good.

“There are a few things that are really quite encouraging,” Campbell added. “First of all, you sense a real determination from all local authorities to tackle homelessness. I think some of the key things that we’ve looked at is recognising that Housing First is actually going to be adopted across all local authorities by 2024. And so these plans have to incorporate that.

“And they will do well to learn from the Pathfinder cities and local authorities are looking closely at them. And what’s also encouraging and to be welcomed is that the majority of local authorities are setting targets to reduce the time period somebody experiences homelessness. So they’re working hard on that element.

“And also housing associations are being involved in plans and are looking to increase the stock that they can provide to help people are homeless. There’s also a shift towards reducing the use of temporary accommodation. Historically, seeing the length of time that people have been stuck in temporary accommodation and the negative impact that can have, a move away from that has to be welcome.

“You can pick up on a shift in culture within local authorities, the ethos or even the approach to this conversation. I think we’ve got to speak positively and warmly about what’s now included in staff training and employee awareness of the psychologically informed trauma and similar issues coming through at a local level.

What issues have been highlighted?

Some of the issues highlighted across the board include universal stepping up of prevention work, diversification of settled housing options, a need to increase housing supply, targets set to reduce the amount of time people spend homeless, implementation of Housing First and a reduction in the use of temporary accommodation, especially B&Bs.

Campbell said: “I think one of the issues that we can’t get away from is that of housing supply depending on where you are in the country. And I think we continually need to have that dialogue with Scottish Government.

“We can’t let this issue go. We need to continue to invest in affordable housing. A number of local authorities will need to pull on different levers of what stock is available in their area, and whether that be the private sector, social sector, there’s a whole variety of different models that they can work on.

“And also part of that is the issue at Westminster of housing benefit. We’ve been running a campaign called Cover the Cost, where we’re trying to go to lobby Westminster to see where housing benefit needs to shift. Because this adds to the problem local authorities have when they look at what housing is available.

“In places like Edinburgh and Glasgow, for instance, some people simply can’t afford to access the private rented sector. And if that is one of the areas that local authorities need to use or they’re going to struggle. Benefits need to get back up to where they were and link to the market in order to will allow local authorities and their clients to have more access to more accommodation.”

Campbell said he hopes the report is received not as a criticism, but a support document to help local authorities.

He added: “I think the big takeaway from the report is this is a gift really. It’s a piece of work that we have done that is not supposed to be a criticism of what people are doing but rather a supporting document to help people with a shared ambition.

“If it can help highlight what’s productive, encourage people to collaborate better, if it can help them to look over the shoulder of others, our research and they can benefit from that, then we’re doing our job.”