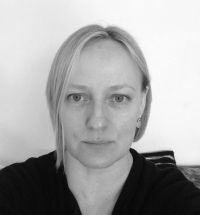 Deborah Hay, Scotland policy officer for the Joseph Rowntree Foundation, explains why JRF have joined the Everyone Home Collective.

We all need a warm, decent and affordable home: it’s the foundation on which all other areas of our life depend, and it has been such a critical part of the response to COVID-19. As others have said, you can’t ‘stay home’ if you don’t have one.

Coming into this crisis, despite being a national public policy priority, homelessness had largely plateaued over the previous five years or so, with high numbers of households stuck in temporary accommodation, including growing numbers of families with children (The Homelessness Monitor: Scotland, 2019).

We know that subsequently, the virus has hit low income households hardest (in terms of both income shocks and exposure to the virus) and those at the sharp end of homelessness have been the most exposed.

With a clear public health imperative and the willingness to find resources, rough sleeping was brought to an end practically overnight and arrangements made to ensure that those in unsuitable accommodation, or none, were accommodated with dignity, where they could be protected and isolate, if needed. We’ve been incredibly proud of the response from housing and support providers across Scotland.

As a compassionate and just society, we can’t let that extraordinary progress unravel, as restrictions ease and we enter the next phase:  at JRF, we wanted to support publicly the Everyone Home collective and their three core principles: more safe, secure and affordable homes; an end to rough sleeping and no-one ever evicted into homelessness.

As an organisation, JRF are committed to solving poverty across the UK and ending destitution. In 2018, long before COVID, our research revealed that over 1.5m people had gone without two of (and often more than two of) the bare essentials over the last month – food, shelter, clothing, heat, toiletries (Destitution in the UK, 2018). People were pulled into destitution by a combination of factors: benefit delays, gaps and sanctions; harsh debt recovery practices (mainly by public authorities and utilities companies); financial and other pressures associated with poor health and disability; high costs of housing, fuel and other essentials; and for some groups – including young people – even lower levels of benefits than for others, and for some migrants, no eligibility at all.

Destitution has no place in a modern, just society and we must change the systems that give rise to it.  We also need to be alert to when the risks start to increase and already, we are starting to see the numbers of people presenting as homeless climb.

At JRF, we are deeply concerned that the economic crisis unfolding will continue to disproportionately impact on those already in poverty and with the fewest resources to fall back on, unless we take specific action to ensure it does not. That is why we have joined Everyone Home and are working hard to make the case for both the UK and Scottish Governments to do all that they can to offer all those most exposed a lifeline – a safe, secure and affordable home; an income that covers the essentials and access to fair, flexible work that enables people to build a better future for themselves and their families. We understand there will be challenges – not least, working at speed with 26 other organisations or trying to secure positive change where public policy is deeply contested and largely reserved, but the potential rewards for those we support are genuinely life-changing.