District heat network turns up the heat in Stirling

A groundbreaking project that could see homes in the Forthside area of Stirling provided with heat that’s generated from waste water is now fully operational in the area. 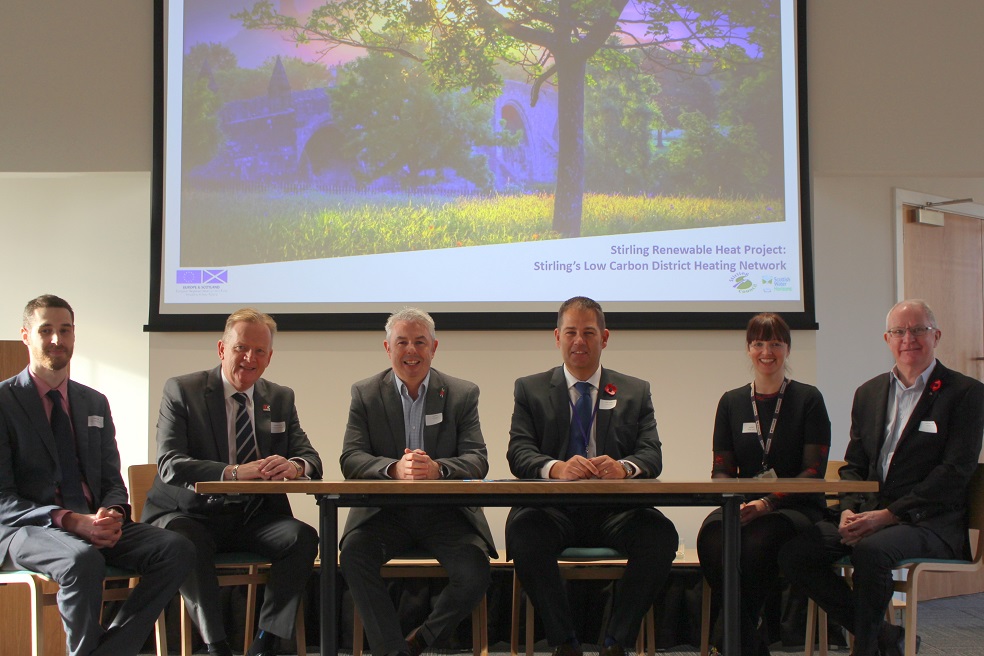 The first of its kind in the UK, the £6 million scheme uses a unique mix of cutting-edge technologies to take heat from waste water and turn it into low carbon, low-cost heating.

Heat harnessed from waste water from Scottish Water’s treatment works in Forthside is processed through an on-site energy centre and then distributed along Stirling Council’s District Heat Network.

To mark the commissioning of the project, a networking event was held in The Barracks Conference Centre in Stirling last week.

The Barracks Conference Centre, operated by The Robertson Trust, is one of three buildings managed by the charity and in the same complex as Zero Waste Scotland’s headquarters, which all benefit from the low carbon heat.

The network also provides heating to nearby The Peak Leisure Centre, Forthbank Stadium Conference Centre and St Modan’s High School. The network was been designed so that there is future potential for expansion to include more businesses and nearby housing.

Event delegates heard from Paul Kerr, managing director of Scottish Water Horizons, and Stirling Council’s chief operating officer of infrastructure, Brian Roberts. They learned about the benefits of this new scheme and how it will support regeneration in the area, increase energy resilience, and reduce costs and carbon.

It’s anticipated that end-users will save up to 10% on their heating bills.

The scheme will greatly contribute towards Scotland’s zero-carbon targets by helping to save a projected 381 tonnes of carbon per annum – that’s the equivalent of 1.5 million miles driven in an average petrol car, or a passenger jet flying from Glasgow to Sydney, Australia, about 82 times.

He added: “The project has great potential for replication throughout Scotland, with several opportunities already under investigation, and we’re always on the lookout for more.”

“This innovative initiative will deliver cost-saving benefits to the council and residents, generate additional income for many years to come and benefit communities in the form of regeneration and jobs in the growing renewables sector.” 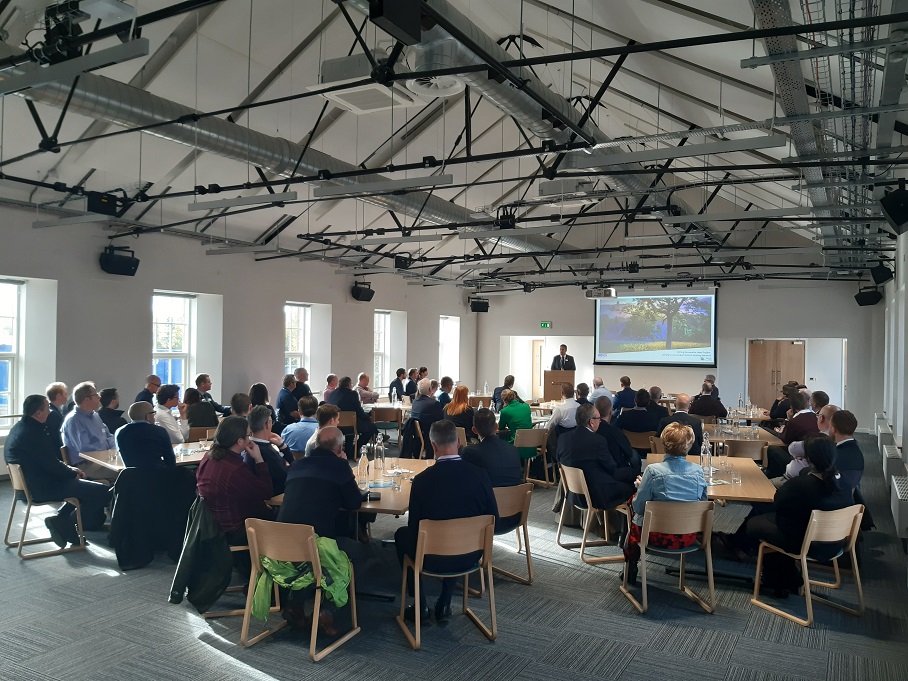 Speaking about the project, Fabrice Leveque, senior policy manager at Scottish Renewables, said: “More than half of the energy consumed in Scotland is in the form of heat. As a society, we take warm homes and workplaces and constant hot water for granted, but if we are to have any chance of meeting our stretching climate change targets we urgently need to re-think our relationship with heat and the way it is generated, transported and used.

“District heating schemes like this cut the damaging carbon emissions which come from gas boilers as well as improving local air quality - a key consideration in urban areas. Stirling’s new system goes one step further, too, using heat which was literally flushed away and making use of one of the world’s great untapped energy resources: the waste water which runs beneath our feet.”

The project has been delivered by Scottish Water Horizons in partnership with Stirling Council, with additional funding provided by the Scottish Government.

Scottish Water Horizons is working in partnership with Argyll and Bute Council to deliver its next project in Campbeltown, scheduled for commissioning early 2020. The project will use heat from waste water technology to provide heating to the Aqualibrium Leisure Centre and Library and will save the council around 144 tonnes of carbon per year.