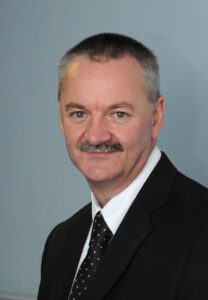 Eddie Fraser has been appointed as the new chief executive of East Ayrshire Council to replace Fiona Lees when she retires in a few weeks’ time.

Eddie has over 34 years of local government experience, having worked with Strathclyde Regional Council and Glasgow City Council prior to joining East Ayrshire Council in 1998.

A start date for Eddie to take up his new post is still under discussion.

Outgoing chief executive, Fiona Lees, announced her retirement in August, having served as chief executive for over 16 years, with a total of 42 years’ service in local government.