An Edinburgh landlord has been ordered to pay £7,500 to his former tenants after a court rejected his claim that the flat was a ‘holiday-let’. 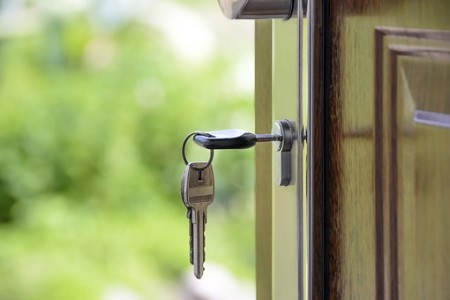 The legal action was launched by tenants’ union Living Rent which said the victory is the first of its kind and sets an “important legal precedent”.

Although the landlord had required the tenants to sign a ‘holiday let’ lease, this was thrown out by the court as unenforceable.

The case related to the landlord’s failure to protect the tenants’ deposit. Under normal leases, landlords are required by law to protect deposits in a third-party scheme, but the landlord in this case argued that the lease was a holiday-let and that he, therefore, didn’t have to. However, this claim was thrown out by the court and the fine issued was the maximum amount possible.

Living Rent published a report earlier in the year claiming that many landlords in Edinburgh are using ‘sham’ holiday let leases to avoid regulation and legal responsibilities. These types of lease do not grant tenants the same protection from eviction or deposit deductions, and the properties are not required to have the same health and safety regulations, such as HMO licences.

In addition, holiday let landlords don’t need to register which means that those struck off the landlord register could continue to rent properties as holiday lets.

Gordon Maloney, who led the case for Living Rent, said: “This case is an important victory for tenants and sets a clear precedent: landlords cannot simply pick and choose which laws apply to them, and no amount of coercing tenants into signing sham leases can change that.

“We know there are other landlords in Edinburgh doing the same thing, and this should be a warning to them that the gig is up.

“The whole case, however, underlines the urgent need for further regulation and clarity on holiday lets. People shouldn’t have to be experts on Scottish housing law in order to find somewhere safe to live, and it should not have required tenants to undertake ten months of legal action to get this verdict.

“If the government is serious about protecting tenants, they need to regulate and crack down on holiday lets now to avoid anything like this ever happening again.”

Jac, one of the tenants in the flat, added: “This case has clearly shown that many landlords will do anything in their power to avoid their responsibilities and disregard tenants’ rights.

“The choice to try and make this flat a “holiday-let” was a very conscious choice by the landlord, who wasn’t even registered, to rip-off tenants without having to face any legal repercussions.

“Luckily in our case, the landlord also under-estimated how powerful the tenants can be when they fight together.”