Elderpark Housing has marked Scottish Housing Day today with a film focus on its showpiece £15 million housing boost for Govan. 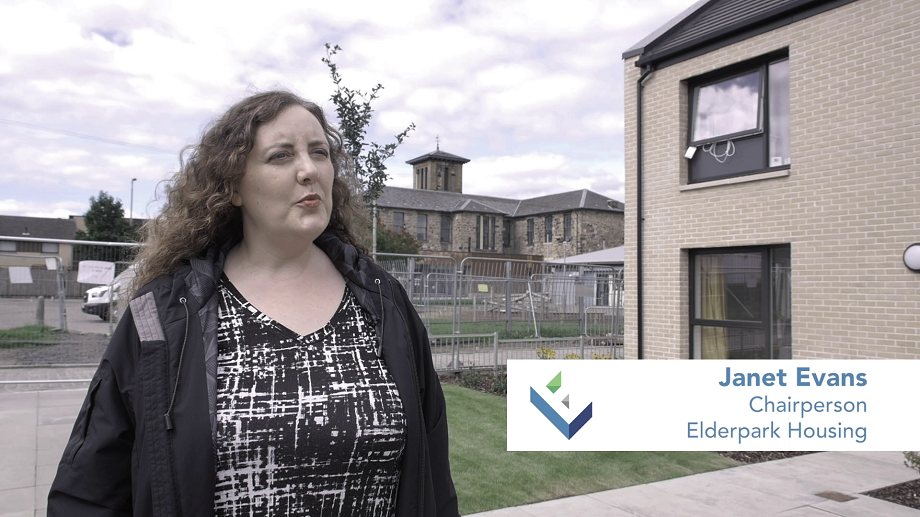 Families have now started moving into the homes at the development which is set to become a new landmark for Govan.

The first tranche of the 82 homes to be let coincided with the annual celebration of housing. This is the fifth Scottish Housing Day and 2020 sees it celebrate the value of social housing.

To mark the new homes at Nethan Street close to Govan Cross, Elderpark commissioned Govan-based arts and media charity Plantation Productions to make a video of the launch as an important historical record of one of the biggest housing boosts for the community in recent years.

The development of 82 new homes includes the restoration of the iconic 19th century former Hills Trust School. This building is being restored as new offices for Elderpark Housing - bringing an end to years of dereliction and giving the magnificent structure a new lease of life and a central focus within Govan.

Both the restoration of the school and the new build have been completed by contractors CCG (Scotland) Ltd and designed by MAST Architects. Work is ongoing to complete the development with the rest of the homes due to come off-site between October and December this year.

Gary Dalziel, chief executive of Elderpark, said: “This is a hugely important development in terms of delivering much-needed rented housing for our community.

“The houses and flats create a new Govan landmark and fulfils Elderpark’s commitment to keep on building rented homes for our community – a vision shared by Glasgow City Council and the Scottish Government.

“We greatly appreciate the commitment, support and funding from Glasgow City Council and the Scottish Government in making this outstanding development a reality after many years in discussion.”

CCG director John Baggley added: “It is not just about the housing – it is about what we can deliver to the community. As part of our community benefit, CCG has provided six full-time jobs, four apprenticeships and 12 work placements.”

Among those first to move into their 2-bedroom terraced home are husband and wife Lorraine and Jim Lappin who, remarkably, have discovered some of their former neighbours are also new tenants at the development.

Jim said: “Our new home is fantastic with our own front and back door – something new to us having only ever lived in a flat. The finish on the houses is outstanding and we couldn’t be happier with it. One unexpected bonus was to find some of our former neighbours here too.”

Another tenant who has newly moved in, Charlene Robertson, said: “It is a fresh start coming to this new community. It is not far from where we were living. Looking around I feel I’m in a totally different area because of the lovely way it is set out.”

Local MSP Humza Yousaf added: “I’m hugely impressed. It has completely uplifted the entire area and has provided much needed affordable housing. Elderpark Housing is rooted in the community. They are not just building homes, important as that is, but making sure they bring benefits to the community. It is a great model for other housing associations to look at.”