Addictions experts have voiced fears that street drugs being sold as Valium are responsible for an unprecedented number of drug related deaths in Glasgow.

Concerns were raised that “Street Valium” (also known as Street Blues) may be linked to a sharp rise in the number of fatal and non-fatal overdoses in the city. 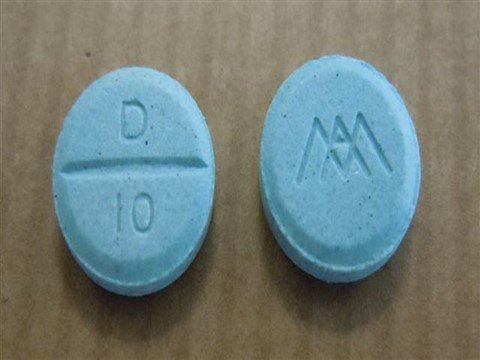 The warning comes after The Lodging House Mission charity revealed that one homeless person is dying while sleeping rough in Glasgow every month and gave the popularity of drugs such as valium and opiates as a contributing factor.

Early data shows there was a 43% rise in the number of people who died of drugs overdoses in Glasgow from January to October last year compared with the same period in 2017, and an increasing number of people were also being treated for non-fatal overdoses at hospitals and by crisis services across the city.

Reported use of Naloxone, a drug that can reverse the effects of an opiate overdose which is supplied to drug users and trained relatives and friends - have also increased.

Experts and service providers also fear that a recent spate of deaths among people in settled homelessness accommodation are also linked to the drug - however, full toxicology results are not yet available. These people were also known to have complex health and social problems.

Frontline services continue to warn known drug users about the risk posed by the pills - especially if taken with other illegal substances like heroin and prescribed opiates. But dealers are flooding Scotland with it, producing it quickly and in vast quantities and selling it for pennies to vulnerable people.

He added: “I have been very concerned about the use of street blues for some time now. When people buy street blues, they do not know what is in the pills. The quality and dosage can be very variable. People might think they are taking diazepam but it may be other much more potent benzodiazepines such as Etizolam. The use of this drug in particular is associated with severe harm - from non-fatal overdoses and presentations to emergency departments to fatalities. It is particularly dangerous when used in combination with other drugs like heroin and even prescribed methadone.

“Although final toxicology is not yet available on the recent deaths in Glasgow, all the evidence suggests that the use of street blues is associated with the worrying trend of increasing drug related deaths.”

She said: “Glasgow is currently experiencing an unprecedented number of fatal and non-fatal overdoses believed to be linked to the use of street Valium, although we won’t know conclusively until we have all the toxicology.

“People are dicing with death by taking this drug, particularly if it is mixed with alcohol and other drugs. Warnings have been issued to people by homelessness and addictions services but sadly dealers are targeting the most vulnerable.

“A number of deaths have taken place among residents of settled homeless accommodation which is tragic and very unusual. Support is being offered to frontline staff who are being confronted by human tragedies when going to check on service users.”

Ms Millar confirmed this issue will be discussed at the City’s Alcohol and Drug Partnership meeting this week.