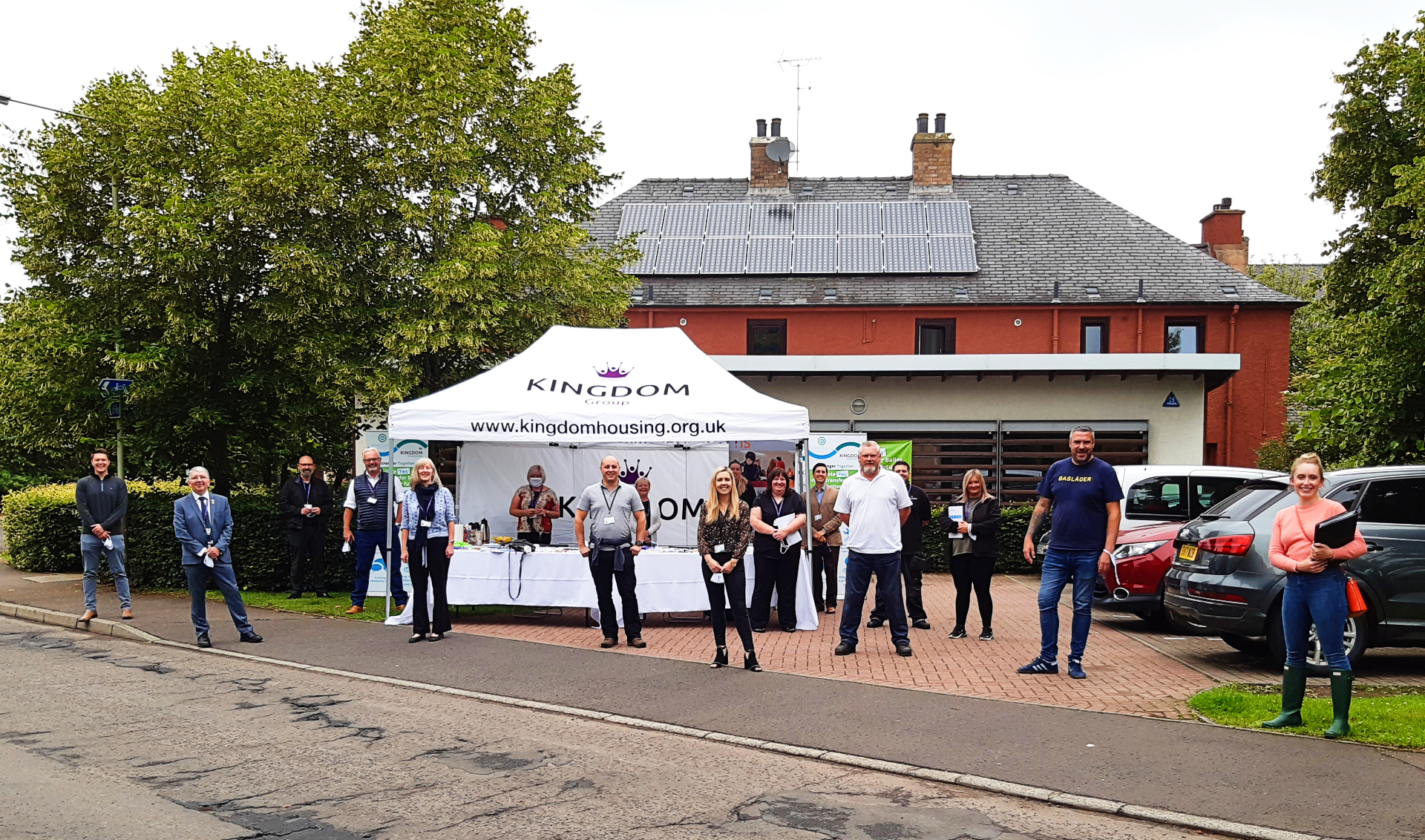 The ballot was open for 29 days with an impressive 74.7% of tenants taking the opportunity to cast their vote and make their voice heard.

Kingdom and Fairfield have been working collaboratively for a number of years and following a comprehensive joint options appraisal agreed that a transfer of engagements of Fairfield’s interest into Kingdom would allow the expanded Kingdom to do much more for Fairfield’s tenants and staff members. The two organisations worked closely together to develop an exciting transfer proposal that has been shaped by Fairfield’s tenants through months of intensive engagement.

Fairfield shareholding members will now be invited to two Special General Meetings where they will be asked to approve, then confirm, a special transfer resolution to complete the transfer process. Subject to the support of Fairfield’s members and other final consents being achieved, the transfer is expected to complete on 1 December 2021. At this point, Kingdom will become responsible for delivering the homes and services currently provided by Fairfield.

Kingdom is now getting ready to start delivering on the promises made to Fairfield tenants including a rent guarantee, additional investment in homes and the local environment, and a host of other improvements in the service which will continue to be delivered by the local staff team based in Fairfield.

The housing providers has more than 5000 affordable homes across East Central Scotland, along with a range of general needs and mid-market rented housing. The transfer from Fairfield brings another 514 additional homes. Kingdom has a large active development programme and the transfer of the Fairfield homes means Kingdom will have over 1000 affordable homes in the Perth and Kinross area in the near future.

Bob McDougall, Fairfield’s chairperson, said: “The board were very happy with the package of transfer promises that we secured from Kingdom. These will make a huge positive difference to our tenants in terms of improved rent affordability and additional investment in homes and communities. Our staff will continue to provide great local services to our tenants, but with the backing and scale of Kingdom. We were delighted that so many tenants took the opportunity to vote with a clear majority voting in favour. This provides a strong mandate for Kingdom going forward to deliver on the promises they have made.”

Freya Lees, Kingdom’s chair, added “We are absolutely thrilled that the Fairfield tenants have voted in favour of the transfer, and we look forward to welcoming them, as well as the fantastic staff team, into the Kingdom family in the coming months. The transfer will combine the strengths, capabilities, assets and traditions of both organisations to create a stronger entity that can deliver a thriving future for tenants, other customers and staff.”