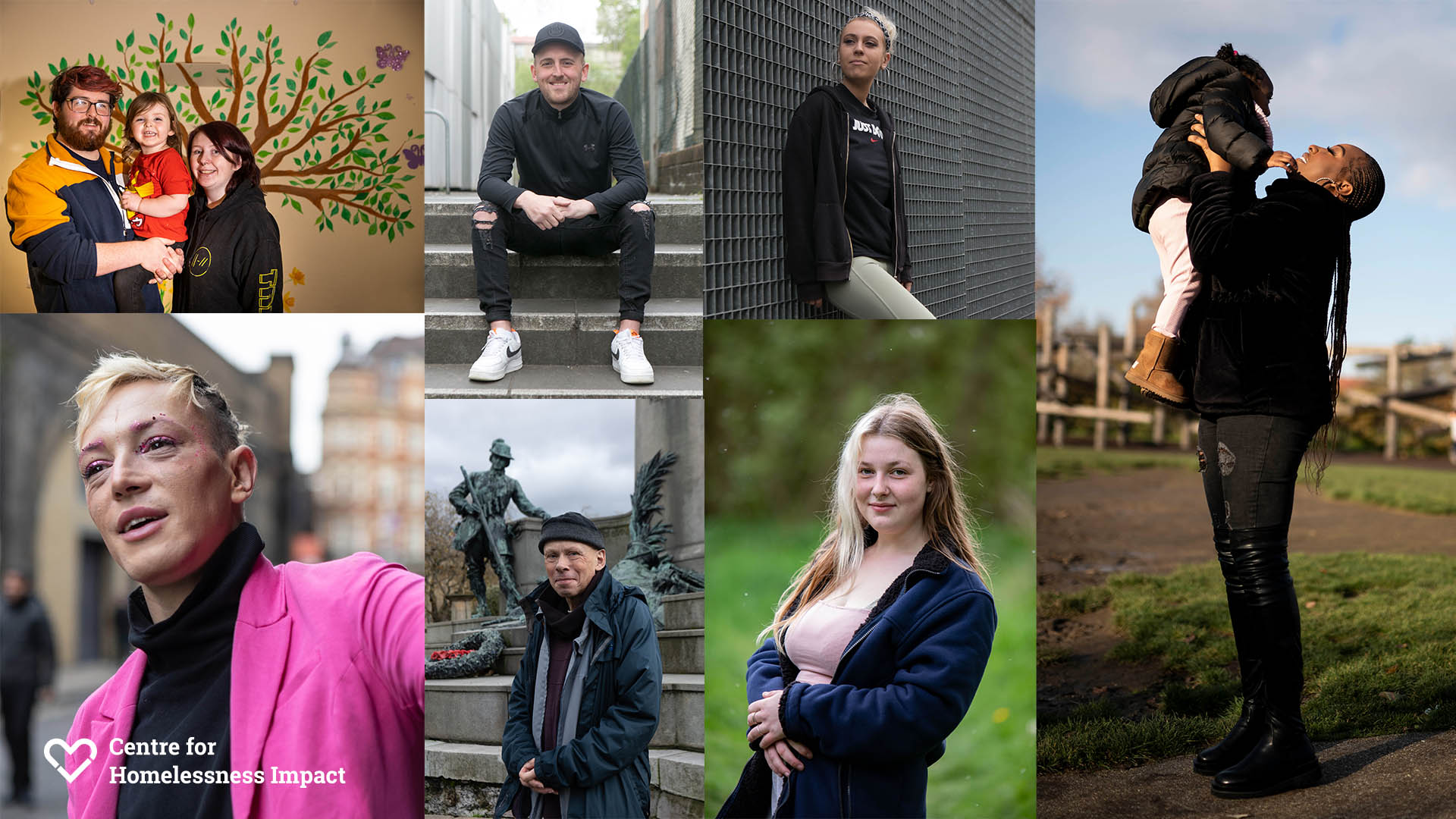 The first free library showcasing realistic and evidence-led images of people experiencing homelessness that seek to challenge negative representations has been launched by the Centre for Homelessness Impact (CHI).

The images, which depict people experiencing homelessness in natural and non-stereotypical ways, are available for download and free to use. Building on evidence relating to the reinforcing effect of negative images of homelessness, the library will hold images that offer an alternative to the archetypal depiction of single middle-aged men sleeping in doorways, and instead capture a wider breadth of experiences of homelessness in the UK, including families living in hostels, young people in bed and breakfast accommodation and people who are ‘sofa surfing’.

The library, which contains hundreds of images, will be offered as an open-source collection available online and free of charge to news publishers, public bodies, charities and any organisation writing about homelessness to provide better representation of the realities of homelessness in the UK.

Working with people with direct experience of homelessness to define the brief for each shoot, to create a set of original images of people experiencing homelessness.

The majority of the images in this library were taken by Jeff Hubbard – a photographer with personal experiences of homelessness. Jeff spent time sleeping on the streets, and began learning photography techniques through the homelessness charity Crisis. He now works as a freelance photographer, and continues to run photography workshops at Crisis.

Asia, 21, from Merthyr Tydfil, said: “People look at people who are experiencing homelessness as if they are all on drugs and have chosen that life. But I don’t think that’s how it is, to be honest with you. Everyone has a different path to why they are homeless.”

Naomi, 29, from London, said: “When I was telling people I was homeless, no one believed me – I wasn’t a man on the streets, I was working in a shop… It’s all different sorts of people who are homeless that you wouldn’t expect. There are lots of people who have gone through the same thing as me. Regardless of your gender or race, it happens.”

Luke, 32, from London, added: “It’s all well and good saying we’ve got to get people housed, but you’ve got to make sure that housing is safe. Others I know who are homeless say they prefer it on the streets – that’s terrible that we have to feel like that.”

Dr Lígia Teixeira, chief executive of the Centre for Homelessness Impact, said: “The evidence tells us that stigma attached to homelessness and stereotyping of people who experience it are among the most powerful barriers to ending homelessness for good.

“Images matter because they play such a central role in influencing how the public thinks about homelessness. Evidence suggests that we urgently need to challenge the public’s image of a ‘typical’ homeless person. We need strategies to disrupt the archetypal image of the homeless person: the middle-aged man who sleeps rough.

“This includes avoiding images that reinforce the public’s stereotypes of homelessness. Not an easy task, but with this bank of images, we now have the power to change this more easily. If we use these images and make sure we tell stories that are concrete, collective, causal, conceivable, and credible, then our communications will be more systems-oriented, and a lot more likely to build public support, both for direct services and social and policy change. Just as importantly, it will ensure that we are not reinforcing unhelpful attitudes and stereotypes.

“Our images show homelessness as it is, realistically and respectfully. We are enormously grateful to the individuals who agreed to be photographed and who share our wish to challenge stigma and stereotyping with better evidence.”