Land near the ferry slipway at Yoker can be used for residential development after Scottish Ministers agreed to the recommendations of a planning reporter.

Under the proposals designed by NORR, the new building will step down from seven storeys to five storeys towards the Clyde. Undercroft parking will also be provided.

Glasgow City Council initially refused an application seeking permission in principle for the development. However, the developer appealed and councillors on the city’s local review committee backed the proposal in July last year despite a flooding objection from the Scottish Environment Protection Agency (SEPA).

The application was called in by Scottish Ministers for them to have the final say because of the proposal’s potential conflict with national policy on flooding.

A planning reporter was appointed to consider the issue and Ministers have now agreed with their recommendation that planning permission in principle be granted, subject to conditions.

A document outlining the Government’s conclusions stated: “Scottish Ministers agree with the [planning] reporter’s conclusion that the principle of housing development on this brownfield site, in a largely residential area within the built up area of the city, is compliant with the development plan.”

It added: “The site is located in the flood plain and at medium to high risk of flooding. The reporter’s report considers that the elevated form of development proposed could raise the inhabited floors above the relevant flood level and allow for safe access and egress in time of flood.

“It sets out that the incorporation of a permeable undercroft could (through measures to be secured at the detailed stage) allow for the free movement of water during peak tidal/ storm events and therefore avoid the need for compensatory storage.

“Scottish Ministers agree with the reporter that there is now sufficient certainty that a residential development is capable of being developed on this site and that this proposal is acceptable in terms of flood risk.”

Although the principle of developing the site has been approved, Ministers agreed with the reporter that the indicative plans submitted by the applicant “would represent overdevelopment and a poor urban design solution for the site in some regards”.

The document said: “The reporter’s view is that it would be difficult to successfully achieve 36 flats as stated as an approximate number in the development description.

“Scottish Ministers agree with the reporter’s proposed condition to specifically remove any indication of the number of units from the consent.

“Scottish Ministers agree with the reporter that the submitted plans are indicative only and do not fall to be agreed at this stage.

“Concerns raised in objections relating to design and layout can be adequately addressed at the stage of approval of matters specified in conditions.”

A previous application for 40 apartments in a six-storey block was refused in May 2019. 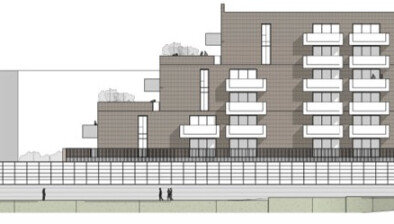 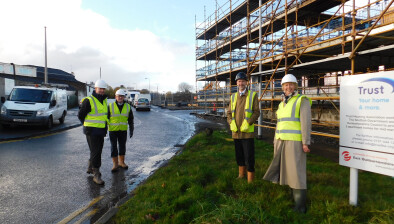