Highland Council has paired up with CRGP Architects on plans to convert a former Inverness primary school, latterly in use as a child care centre, into housing. 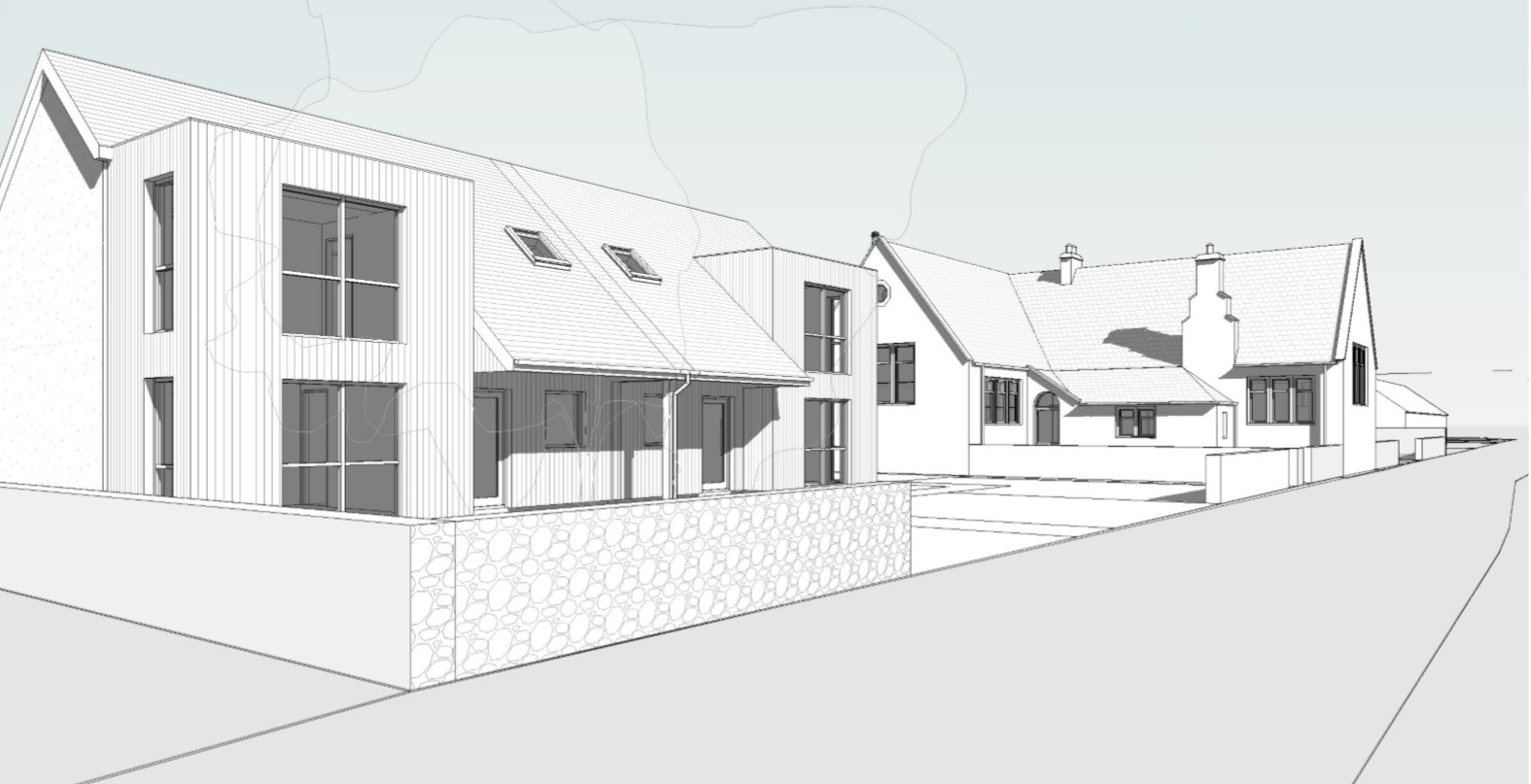 The development would comprise of three flats which would be built out of the main building along with further houses built within the grounds along Cacabock Avenue.

CRGP’s planning statement reads: “By careful analysis of the existing built environment we have provided an indicative design with sympathetic scale, massing and density. The proposed additional houses along Culcabock Avenue will help to strengthen the street edge.”

The flats make use of double-height existing windows with reinstated timber sash and case with new homes built to the immediate north and south using slate roofs. timber cladding and white render.

The development will also include eleven parking spaces for residents, Urban Realm reports.