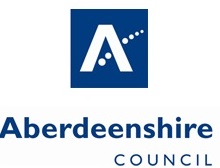 School buildings in a north east town could be demolished to make way for housing and office space.

Aberdeenshire Council is considering turning parts of the current Ellon Academy site into housing while also developing offices, according to the Evening Express.

As part of its proposed masterplan, the council has recommended earmarking the academy’s annexe building, situated on Bridge Street, as a possible site for a housing development. The local authority is also considering using the main academy site, which includes the town’s community centre, as a future base for Aberdeenshire Council employees.

At present, the council offices are situated in different units around the town square. The area’s local development plan states the current site of the main part of the academy would “consolidate” the local authority’s offices.

It said: “The former academy annexe site potentially provides a logical location for the development of high density housing.

“The main former academy site provides an excellent location potentially for community uses as the location is highly accessible for active travel and public transport.

“It also presents an opportunity for the consolidation of existing Aberdeenshire Council offices in Ellon, and therefore releasing existing offices for other uses.

“The academy site will also be suitable for high-density public housing.”

More than 1,000 Ellon Academy pupils will move from the town centre to the new £36 million community campus once the school building is completed later this year.

The new community campus building will be near a proposed 980 home development which includes a new primary school and GP surgery.