#HousingFirstScot: Aye We Can deliver a fairer way by listening to lived experience

Claire Frew, Policy and Impact Manager at The Homeless Network, reflects on a ground-breaking report by people with lived experience that helped to shape homelessness policy in Scotland. Housing First and Fast was the number one recommendation. 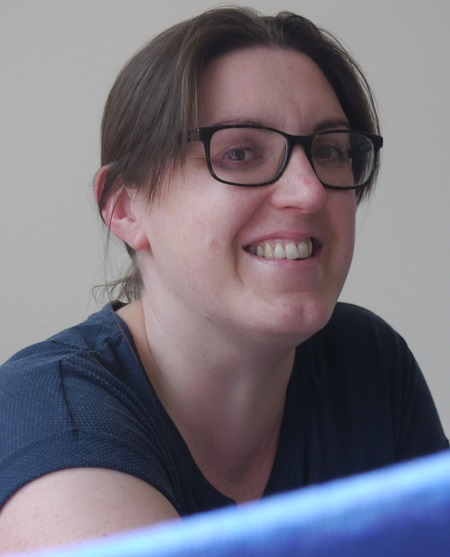 In March 2018, working with volunteers, friends and colleagues across Scotland, the Homeless Network published a report titled, Aye We Can, sharing what those 425 people with first-hand experience of homelessness believed was needed to transform temporary accommodation and end rough sleeping and homelessness.

Some of those who took part were in hostels, others in supported accommodation. At the time, 21% were in a home of their own and 6% were in prison when they contributed their views, at risk of homelessness upon release.

The report was submitted to the Homelessness and Rough Sleeping Action Group (Harsag) which subsequently made 70 important recommendations to the Scottish Government about the priorities for the next five years, all of which were accepted.

Between December 2017 and February 2018 we hosted an online survey completed by 165 people from different parts of Scotland. We held five regional discussion events (Glasgow, Edinburgh, Aberdeen, Perth and Dumfries) attended by 122 people and eight thematic focus groups. An additional 58 telephone interviews were conducted.

Having a safe, affordable home in an area we want to live came across as the absolute priority for people.  While there will always be limitation to this – choice is reliant on availability of course as it would be for anyone seeking a new place to live  being able to have a say in where you live is a core principle of Housing First. Whether keeping your home when you are at risk of homelessness, or being offered your own home quickly instead of temporary options, it was clear in the report that responses to homelessness must be housing led with access to flexible local support.

That is precisely the model of Housing First that is currently being rolled out in the Pathfinder areas of Aberdeen/shire, Dundee, Edinburgh, Glasgow and Stirling. People who took part in Aye We Can were clear that they don’t want to live in temporary accommodation. In rural areas this is because people often have to move miles from their home town or village to access it, leaving behind support networks, or sleeping rough or sofa surfing locally.

A quote from a participant in the Tayside & Fife area, stated: “The area is very rural, two towns have emergency help, but nothing in the smaller towns for people.  So if I moved into a small town the support might be far away.”

In urban areas, while there is thought to be more temporary accommodation, people felt that it is in places that aren’t safe or that can make problems worse.  Respondents felt it placed them alongside negative influences, undoing positive progress and leaving people feeling safer elsewhere. One respondent, who was in Perth Prison, said: “Better off in here than out there sometimes.”

The Aye We Can report is available here and the findings continue to influence thinking around homelessness in Scotland. The Scottish Government and its partners are currently exploring the next steps to ensure that engagement with those who have first-hand experience of homelessness and rough sleeping continues to inform and shape plans to end homelessness.