Wheatley Group’s Homelessness Lead, Catherine Wilkie, explains how the Housing First partnership is helping the most vulnerable people off the streets. 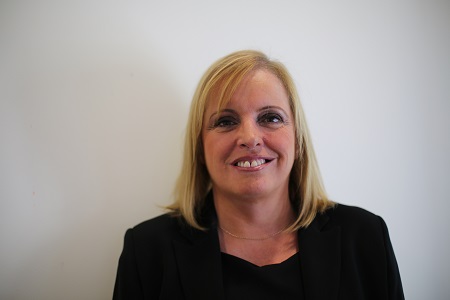 Last year in Scotland, nearly 35,000 people presented themselves as homeless. That is 35,000 too many people paying a devastating human cost for this social problem.

As Scotland’s leading housing, property management and care organisation, Wheatley Group is committed to doing everything we can to end homelessness, and Housing First is one way that we can do just that.

In February 2018, we entered an ambitious partnership with Scottish social enterprise Social Bite, pledging 200 homes to people who are homeless.

The model sees homeless people given a home immediately, whatever their needs and gives them direct control over their support and treatment.

Originating in New York, it was a radical departure from the “laddered” alternative, which asked people to start to solve their non-housing problems – such as addiction – and become “tenancy ready” before finding a permanent home.

Alongside a tenancy, people are given intensive, wraparound support to help them address the issues that drove them to become homeless.

For example, at Wheatley we give them a starter pack to get them onto their feet, giving them food, recycled furniture, advice on saving money on energy bills and helping them set up their gas and electricity. We also work with partners in the fire service to carry out a home fire safety visit and ensure they have fire retardant bedding to keep them safe at home.

Care support providers, such as our own Loretto Care and Barony, provide more intensive support to help people overcome the barriers they face in their lives.

The first person to move into a Wheatley Group home through the partnership with Social Bite was George, who moved into a Dunedin Canmore home in Edinburgh. He had been sleeping rough for more than 30 years. Those years on the streets took their toll on his physical and mental health. He suffered from addiction and had a deep-seated mistrust of people.  The kind of life that George has led is hard to untangle, but housing and care working together to give him intensive, holistic support has kept him off the streets for the first time since he was a child.

It is not the first time we have developed a Housing First partnership. Glasgow Housing Association, the biggest social landlord in Wheatley Group, joined forces with homeless charity Turning Point Scotland eight years ago.

More than 90% of people on the programme who had really struggled in the past stuck with their tenancies for three years or more and were able to use a safe, secure home as a springboard to transform their lives.

The partnership with Social Bite has now doubled the number of Housing First tenancies we can offer in Glasgow. Now 33 people are living in a home of their own.

In the past year, we have had just one tenancy failure – which is remarkable given how vulnerable these people are. They are people who have never managed to sustain a tenancy before, people who have no identification, no bank accounts and complex, multiple needs. They simply haven’t been invested in before. They have all simply been surviving.

It is humbling to see the difference a home makes – even down to someone getting a haircut for the first time in years, or sleeping in a bed instead of on the floor.

The Housing First model is now established in Local Authority areas in Scotland: Glasgow, Edinburgh, Aberdeen, Stirling and Dundee. Wheatley is a core member for Edinburgh, Glasgow and Stirling.

Social Bite’s Housing First Scotland fund, administered by the Corra Foundation means that hundreds of people are getting a chance to turn their lives around for good.

With £6.5m of funding from the Scottish Government, over the next three years, 830 people will be helped through the programme. It is a true partnership of local authorities, third sector partners and housing providers.

This joined up approach means we can play our part not just in in preventing homelessness but in offering people real hope for a better future.

Wheatley is Scotland’s leading housing, care and property-management group and one of the UK’s best-accredited organisations. Owning or managing over 79,100 homes, Wheatley delivers award-winning services to over 200,000 people across Scotland.