An internationally renowned award has been presented to a research group whose work prompted a step-change in the UK Government’s approach to extreme disadvantage. 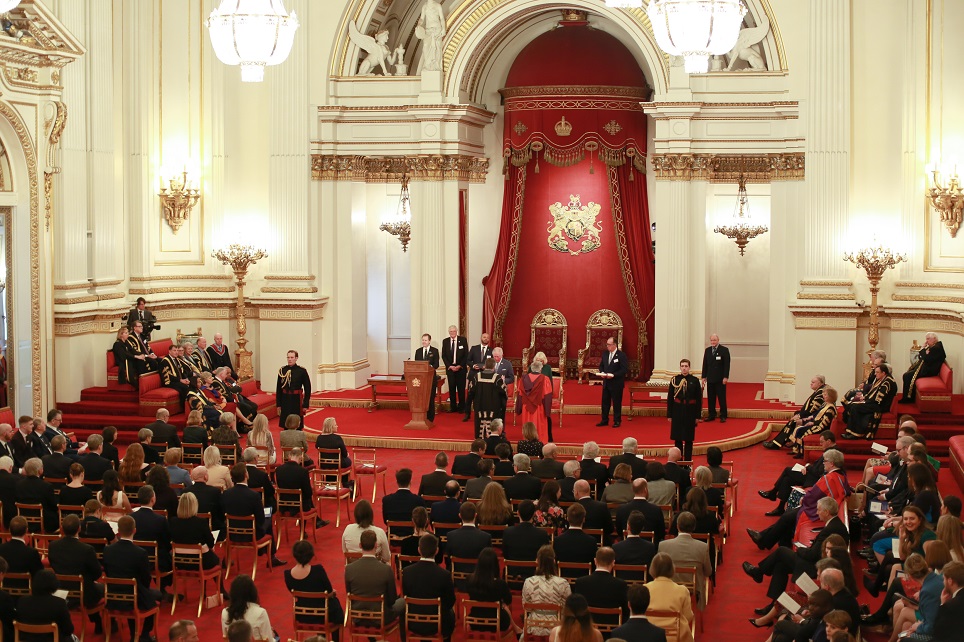 The eight-strong team from Heriot-Watt University’s Institute for Social Policy, Housing, Equalities Research (I-SPHERE) received the Queen’s Anniversary Prize by The Prince of Wales and The Duchess of Cornwall at Buckingham Palace yesterday.

The honour, considered to be the highest award in UK further and higher education, recognises I-SPHERE’s pivotal role particularly in modernising legislation through a series of reports on homelessness and destitution in the UK. The group’s body of work has also helped inform on nationwide policies, with a focus on alleviating rough sleeping in Scotland and England.

Among its most influential studies is the Crisis Homelessness Monitor, which contributed to a major reform of the Homeless Reduction Act 2017 in England as well as significant changes to the measurement of homelessness. 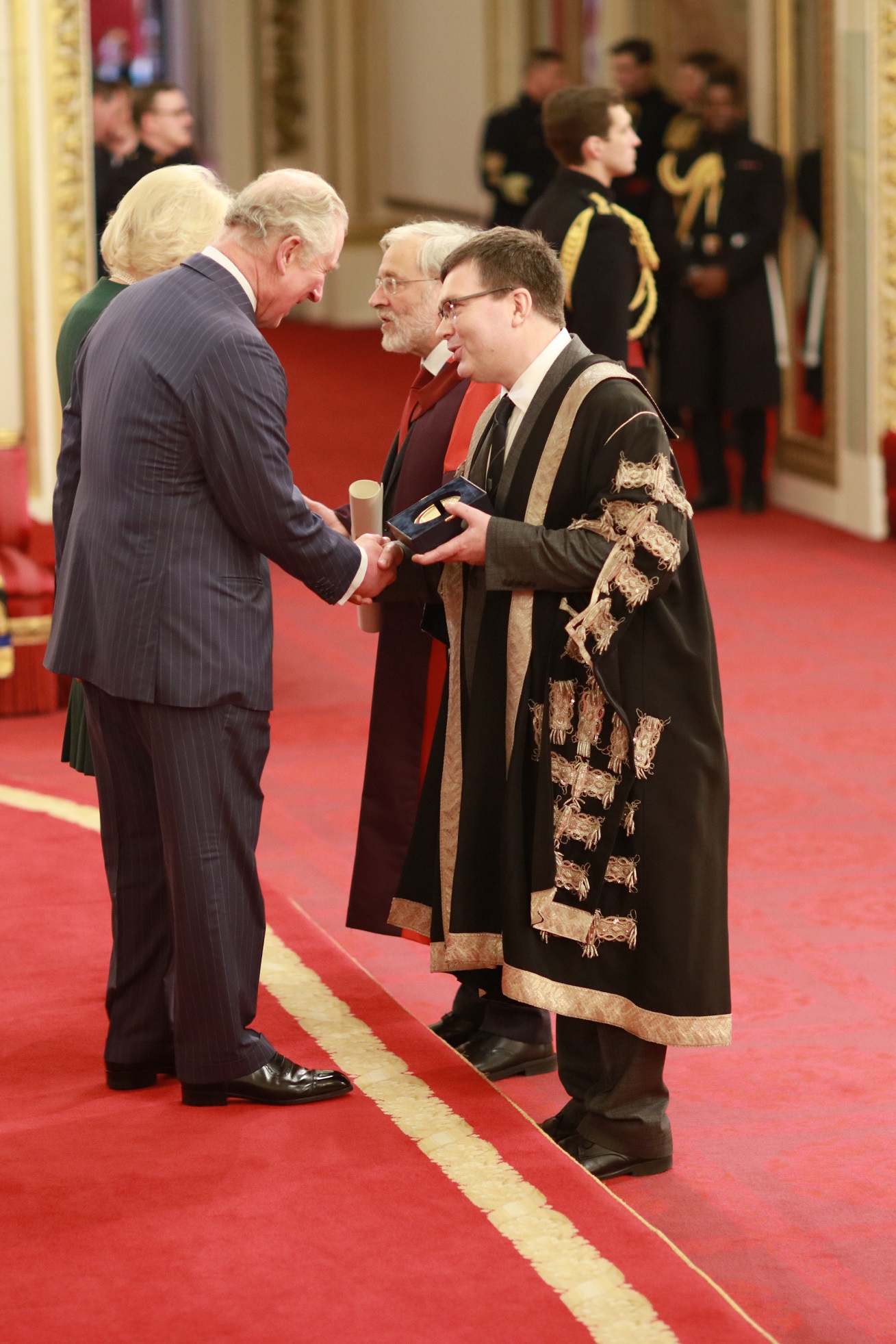 Professor Richard A. Williams receives award from HRH The Prince of Wales while Professor Glen Bramley accepts from HRH The Duchess of Cornwall

Glen Bramley, professor of urban studies at I-SPHERE, has led on research at Heriot-Watt since 2002 and has been central in the key research projects working alongside Professors Suzanne Fitzpatrick and Sarah Johnsen since 2010.

He travelled to the ceremony in London and said: “It is a tremendous honour for everyone involved with I-SPHERE to be recognised with a prestigious prize, such as the Queen’s Anniversary Prize.

“This award really speaks to our ability as an institution to affect change and government policy for the betterment of society. That is something we all strive to do and I’m delighted that our efforts have been recognised at the highest level.”

Queen’s Anniversary Prizes are awarded every two years to outstanding work delivered by UK colleges and universities. Winning entries, awarded by The Queen on the advice of the Prime Minister, are required to demonstrate excellence, innovation and public benefit to the wider world.

Professor Richard A. Williams, principal and vice-chancellor at Heriot-Watt University, said: “At this University we are tremendously proud of our first-class research that has, and continues to deliver, profound benefits to communities around the world. The award of the Queen’s Anniversary Prize recognises our ability to not only influence at the most senior levels of government but make society fairer and more compassionate.”

Since its launch in 1994, the Queen’s Anniversary Prize has handed out honours to 275 different prize-winning entries.