John Boyle: The potential impacts of new legislation on short-term lets in Scotland 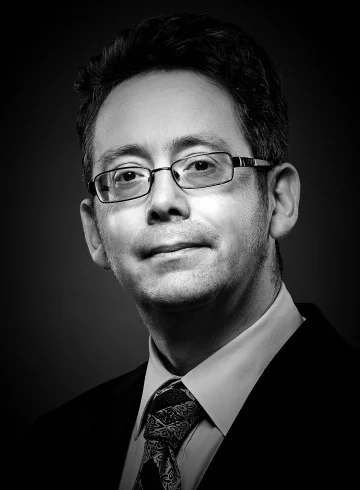 A recent CaCHE-UBDC event in Glasgow threw a spotlight on the short-term (or holiday) lets sector in Scotland, specifically looking at trends in the sector as well as the impacts of new legislation.

The short-term let (STL) sector accommodates people looking for short-term rental options, usually for around one week to one month.

The sector has been a subject of much debate in recent years given its positive and negative externalities.

On the positive side, it provides visitors with choice and flexibility (while offering something similar for landlords and investors in renting out their property). This also helps the performance of labour and housing markets as people have access to short-term housing between jobs or house moves. Additionally, it is clearly filling a gap in the market, particularly at times of peak demand. The financial benefits of this tenure have also been largely gained by local families and businesses.

On the negative side, critics have claimed that STLs are taking properties out of the residential sector, augmenting housing pressures in tight housing markets such as Edinburgh. There have also been complaints about anti-social behaviour and noise nuisance at some STL properties and concerns about the safety of STL accommodation.

There has been something of a regulatory imbalance in the rental sector since late 2016, when the Scottish Government introduced the Scottish Private Residential Tenancy (SPRT). STLs were exempted from this legislation, which included indefinite right of stay for tenants; use of a tribunal for disputes between tenants and their landlord; limiting rent increases to once per annum; and allowing tenants the right to challenge rent rises. The exemption of STLs led to many in the traditional private rented sector (PRS) move across to the STL sector, helping to fuel rapid growth. A SPICe Briefing in 2018 showed that Airbnb listings in Edinburgh had gone from just 9 to over 12,000 in the space of a decade, although this includes rooms in properties where the owner is already staying (home letting) as well as whole properties where the owner is not resident (secondary letting).

This imbalance is now being corrected. The Scottish Government has brought in new legislation this year that implements a licensing regime across the country – by July 2024, all STL providers must have a license for their property and the appropriate certificates showing that mandatory standards are being met, e.g. on health & safety. Planning permission is required for STLs in control areas, such as Edinburgh, for secondary letting.

This will have impacts. The STL sector already appears to be much reduced after Covid and the announcement of the new legislation. It is estimated that the number of listings now available n Airbnb in Edinburgh is now just over 6,000, around half the level in 2018. The Association of Scottish Self-Caterers (ASSC) commissioned an independent study in 2017, which estimated the sector provides circa 15,000 jobs and over £700 million to the Scottish economy, which much now have reduced sharply.

There are also concerns about events that are partly dependent on the STL sector, such as the Edinburgh Festival, which experienced problems in finding accommodation for performers and visitors this year that look likely to worsen without a sharp increase in peak tourism accommodation supply. There has been speculation that this event may be much reduced in subsequent years and some have also suggested it may move away from Edinburgh altogether. In time, the property market in Edinburgh will adapt and it is likely that City Centre buildings currently in use for retail and offices will flip to residential. However, this will be transitory and the concern is that some of Edinburgh’s main tourist events will be much reduced before this transition happens.

Anecdotally, a high proportion of planning applications seem to being rejected in Edinburgh after landlords have paid for licensing and other mandatory certificates. There are also concerns about the knowledge of council officers in advising on and handling applications.

Given the size of the sector in places such as Edinburgh, there are also questions about how the licensing and planning system will be enforced and how proportionate any penalties could be. Heavy fines in cities like Berlin are meant to encourage people to obey the rules, but there is also evidence from other cities that there is safety in numbers in flouting rules.

However, any assessment of impact is bedevilled by the usual problem of lack of data. It is not possible to baseline the STL (and wider PRS) sector with any reliable degree of accuracy on basic metrics like supply. Trying to then monitor or evaluate impacts is next to impossible.

This blog was originally published on the CaCHE website.