Kevin Stewart: Politicians must work together to avoid damage to Scotland’s economy

Planning Minister Kevin Stewart blogs about the need for Scottish Parliament to amend the Planning Bill to ensure it supports economic growth. 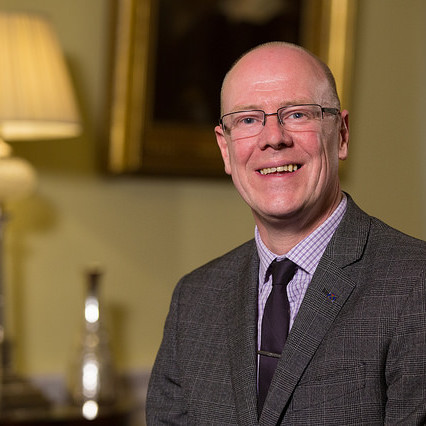 The Financial Memorandum for the Planning Bill has been published. This sets out the estimates of the financial implications of the legislation as it stands for the Scottish Government, local government, developers and communities.

When the Bill was first introduced to Parliament, I was confident that we had introduced a piece of legislation that would improve the planning system in Scotland and do so at an acceptable cost to all of those with an interest in the system.

I said throughout the Stage 2 process that the new duties being added to the Bill, as a result of the amendments being passed, would have a significant impact on both stakeholders and the wider economy. The figures in the Financial Memorandum show just how costly those new duties would be.

And it’s not simply the costs, it’s the complexity of the Bill as it currently stands that concerns me as Planning Minister.

We all want an improved planning system to ensure the right balance of development. But there is no doubt that the many overlapping and prescriptive amendments made at Stage 2 would come at a significant cost to our local authorities and the development sector, and ultimately impact on Scotland’s economy and communities. All these additional requirements would take up resources that could be better directed to providing a better service, working with communities and developers to deliver quality places that meet our communities’ needs.

Some of the most costly amendments set out in the Financial Memorandum will do little or nothing to support our economy, and while the intentions behind them may be admirable, the burdens they would impose are out of proportion to the issues they seek to solve.

For example, it is clear that proposals for ‘culturally significant zones’ and associated blanket requirements for noise impact assessments, will come with a very hefty price tag to the development sector. This could make otherwise viable developments in our town centres unaffordable, thwarting our ambitions to reinvigorate our high streets and support inclusive growth.

Similarly, proposals for new notification requirements for listed buildings will be extremely expensive to administer, yet they largely duplicate existing requirements and will only add unnecessary confusion for communities and homeowners.

I have been clear that to fully realise the long term potential of strategic planning we need a more agile, innovative and effective approach to replace the current time consuming and overly bureaucratic process. But as it stands the amended Bill retains that current process, with all its associated costs, on top of the new procedures proposed in the Bill.

I recognise the need to invest in Scotland’s planning service, but this can only be achieved if we simplify the system so that existing resources can be freed up and redirected to where they can add most value. Our provisions on performance would have provided better justification for increased planning fees, but they have not been supported at Stage 2.

This, together with the myriad of detailed new requirements for authorities, will mean that as it stands, the amended Bill will require our planning profession to focus even more on handling complicated processes, with little scope to get out and work with real people, communities and developers to achieve real and positive change for our places.

But it’s not too late. With the prospect of Stage 3 on the horizon, there is still time for us to deliver a Planning Bill that benefits Scotland. The Bill that we introduced used the recommendations of an independent review and extensive engagement as a platform for change.

Now we need a change in approach from MSPs across parliament if we are to achieve a system that works for all Scotland.

I am willing now, as I have been all along, to work constructively with those who want to reduce bureaucracy rather than increase it and those who want to enable sustainable economic development rather than hamstring it. I am happy to say that some MSPs are already engaging with me in that direction. It is incumbent upon us all to make the planning system less complex and much more responsive to the needs of our economy and our communities.