Kingdom Housing Association has competed the first phase of a major £30 million regeneration project with the construction of 53 new social rented homes at Fraser Avenue in Inverkeithing.

Local councillors joined Kingdom staff and Board members to visit the project, view the completed homes and tour the area which will be part of the future phases. 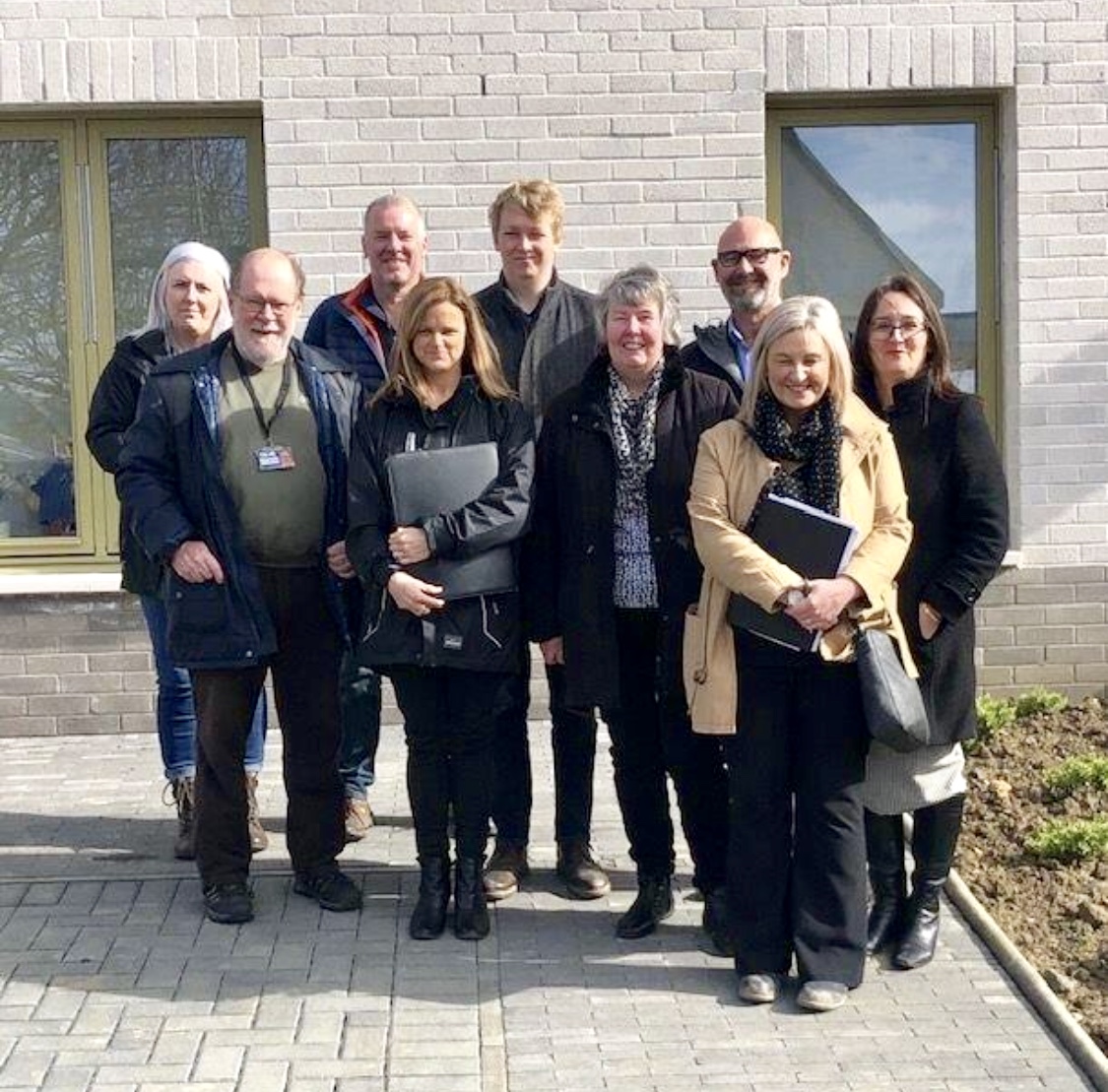 Fraser Avenue is a residential street in Inverkeithing that consists of three-storey common access council flats built in the 1950-60s. The street is bounded by popular council estates on either side featuring high levels of private ownership.

The regeneration project has been designed to create a development of high quality, distinctive properties, with a strong local identity. Tenants from the original flats have been given the opportunity to move into the new properties and this has provided the opening to ensure the new homes meet the housing needs of the local people. The design and specification has been based on community consultation through the process and tenant choice and preferences have been reflected in the new homes they are moving into.

This first phase started on site in May 2017 and followed the demolition of the Fife Council common access flats.

Bill Banks, Kingdom Group chief executive, said: “It has taken many years of partnership working to reach this stage. Due to high turnover and low demand, the Fraser Avenue area was designated an ‘Estate Action Area’ by Fife Council in 2004. The council explored redevelopment proposals for a number of years and in 2011, after extensive community consultation, the decision was taken to demolish the flats and for replacement new build affordable housing to be provided by a Registered Social Landlord. Kingdom Housing Association was appointed as the council’s partner following a competitive tender process.”

Bill added: “The project at Fraser Avenue is an excellent example of what can be achieved through a genuine partnership approach, I would like to thank everyone who has worked together to deliver the project, particularly Fife Council and the local community.”

The total cost of phase one was around £8 million and the Scottish Government provided around £4.3m in subsidy. The balance was funded by private finance raised by Kingdom Housing Association.

Cllr Judy Hamilton, Fife Council’s housing convener, said: “Fraser Avenue has been a major project for the council and our partners. The flats on Fraser Avenue were not energy efficient and were difficult to maintain. With our tenants and residents, we came to the decision to demolish the flats in phases, and regenerate the area.

“We have taken a community development approach. Community Learning and Development and Inverkeithing High School Community Use teams have led a whole process of community activity, so that we have not only the physical regeneration of the new Housing with our partners in Kingdom Housing Association; but also the Community regeneration. This is a fantastic milestone along that journey and I look forward to seeing tenants in their new homes.”

The properties have been designed to meet Kingdom’s high design standards and achieve Housing for Varying Needs and the Silver Sustainability standards, along with the Gold Secured by Design accreditation. The specification includes solar photovoltaic panels and real time electric energy display meters to help tenants reduce their energy use and lower fuel bills.

A breathable wall system has been used to help improve indoor air quality and create a healthier living environment. The Building Performance Evaluation being taken forward in partnership with Glasgow School of Art to determine the actual in-use performance of eight of the new homes in Phase 1.

The project has been designed for Kingdom by 7N Architects from Edinburgh while Campion Homes from Dunfermline is the contractor for the regeneration project.

Five phases of new build housing are planned, and when completed there will be 189 new homes. This will comprise a mix of single-storey special needs provision, two and three-storey family housing and cottage flats. Each property will have its own private entrance and private garden.

The regeneration plans also include the provision of three new shop units at the entrance to the new development.

A number of community benefits are being delivered as part of the building works including construction academies, supporting the Fife economy  through local  jobs and apprenticeships that support the construction industry; as well education and training initiatives with the local schools and community arts projects.