Accredited Living Wage employer the Kingdom Group has demonstrated its ongoing commitment to the Living Wage campaign by taking the decision to implement the latest Real Living Wage. 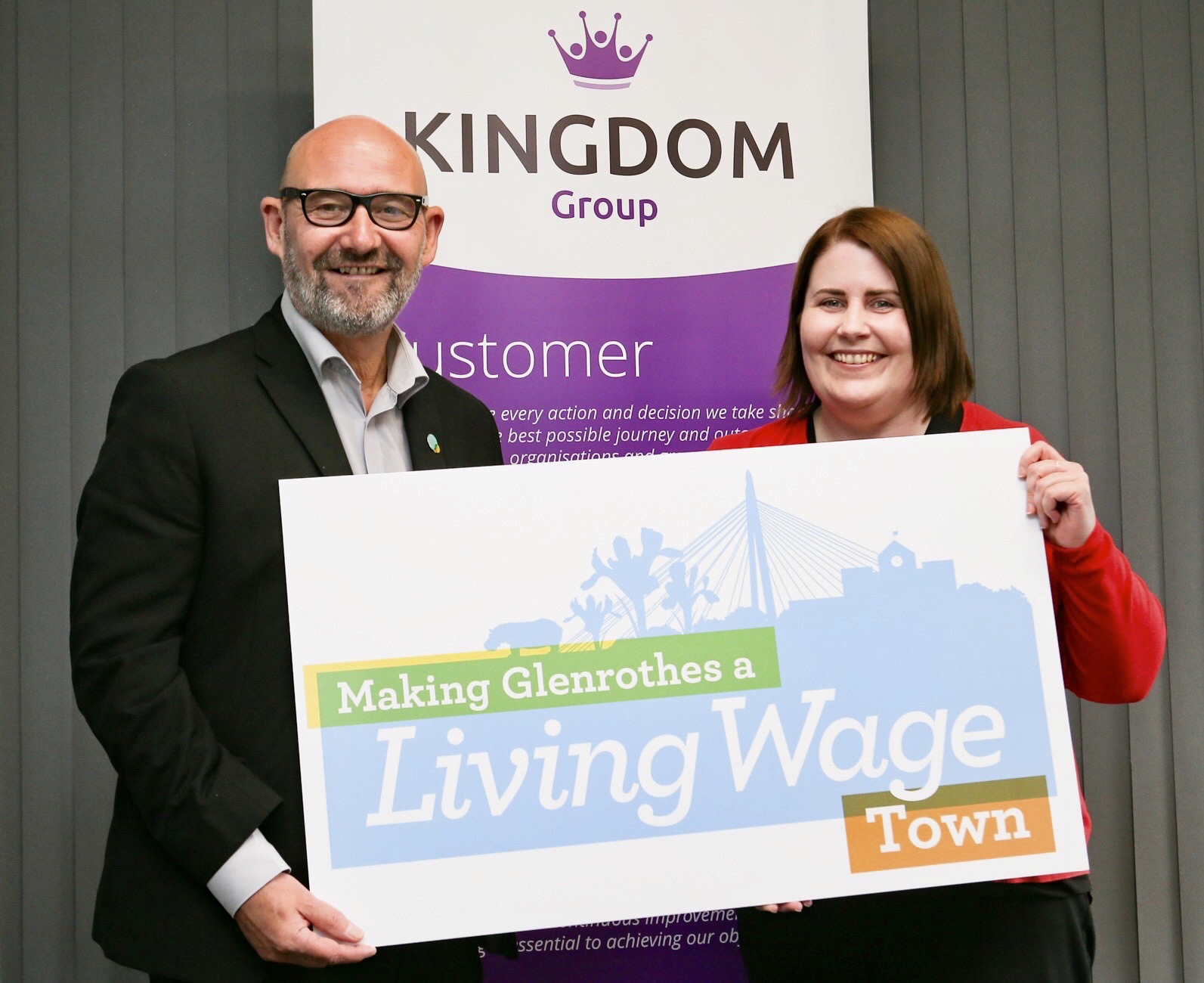 Research by KPMG has found there are 380,000 jobs in Scotland, or 17%, still paying less than the real Living Wage. Despite this, the Kingdom Group has committed to implement the real Living Wage of £9.30 per hour, £1.09 per hour more than the government minimum for over 25s, and deliver a fair day’s pay for a hard day’s work.

On average, a worker paid the real Living Wage of £9.30 will earn £2,000 more a year than someone earning the UK Government minimum of £8.21 an hour – enough to cover nine months of a typical family’s food and drink bill.

Bill Banks, Kingdom Group chief executive, said: “One of our strategic objectives at Kingdom is to be an employer of choice so the rates we pay reflect the importance we place on our people. Being an accredited Living Wage employer is really important for us as it signals, not only to our staff, but also to the wider community, that Kingdom is now, and will always continue to be, a socially responsible organisation.”

Peter Kelly, director of the Poverty Alliance, said: “The real Living Wage is a vital component in the fight against in-work poverty. Workers need a wage that reflects the cost of living, but too many workers across Scotland are locked into poverty.

“That’s why it’s more important than ever for leading employers to join the growing movement of businesses and organisations that are going further than the UK Government minimum and making sure their employees earn enough to cover the cost of living.”