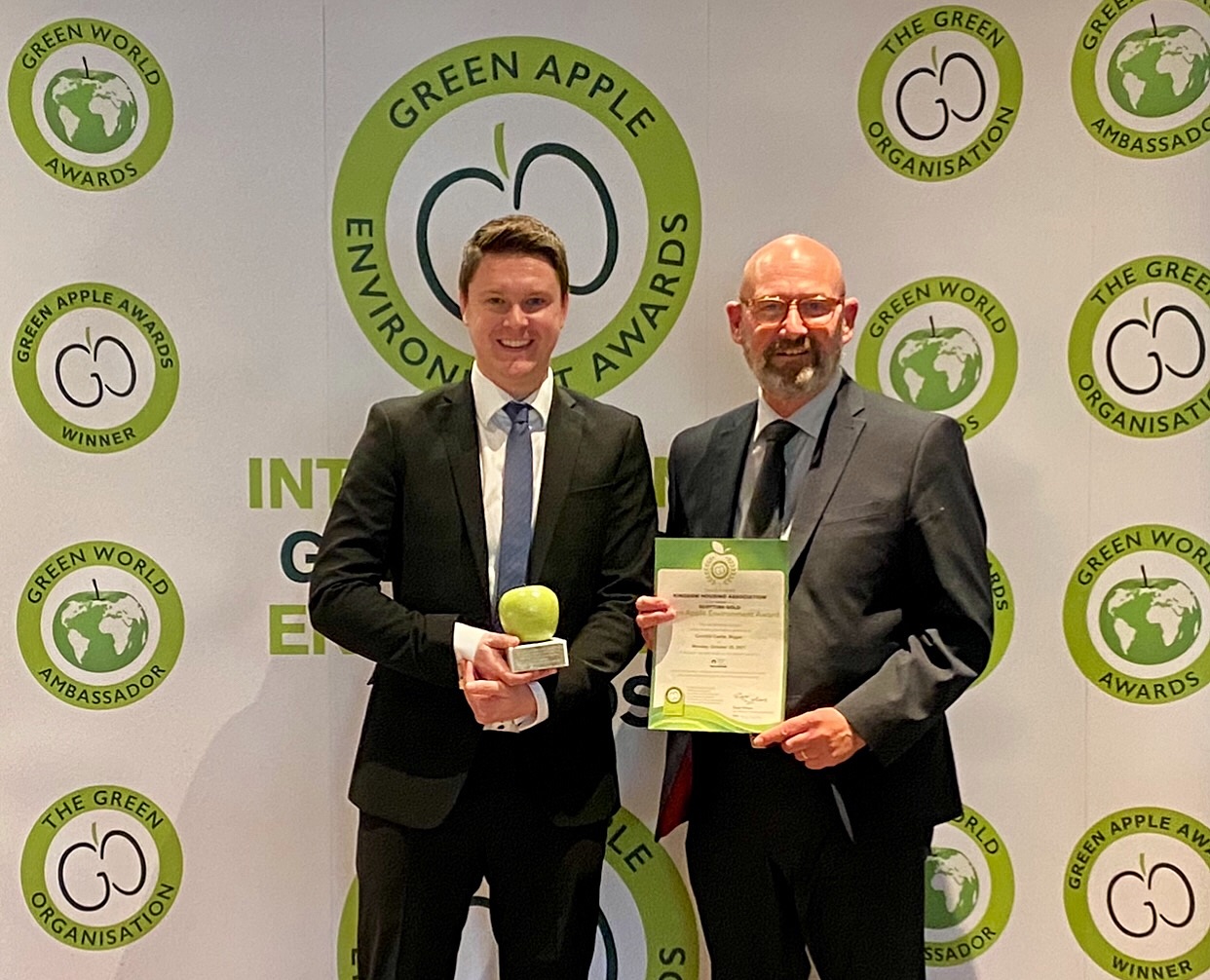 The Green Apple Awards for Environmental Best Practice saw Kingdom compete against more than 800 other nominations with its approach to environmental practice and sustainability.

Kingdom was presented with its trophy and certificate by Karl Tullett, director of The Green Organisation, at a glittering presentation ceremony at Cornhill Castle, Biggar, on October 25.

The judges commended Kingdom’s approach to sustainability and environmental practices which recognised all aspects of the association’s work.

Bill Banks, Kingdom’s group chief executive, said: “We are delighted to receive the Scottish Green Apple Gold Environment Award. It recognises the work we have been implementing across the organisation for many years, and acknowledges the commitment of colleagues, in all our departments, to environmental standards and sustainability principles.”

He added: “The award not only recognised the high quality environmental standards we implement as part of our housing and maintenance programmes, but the wider sustainability practices we have adopted.” 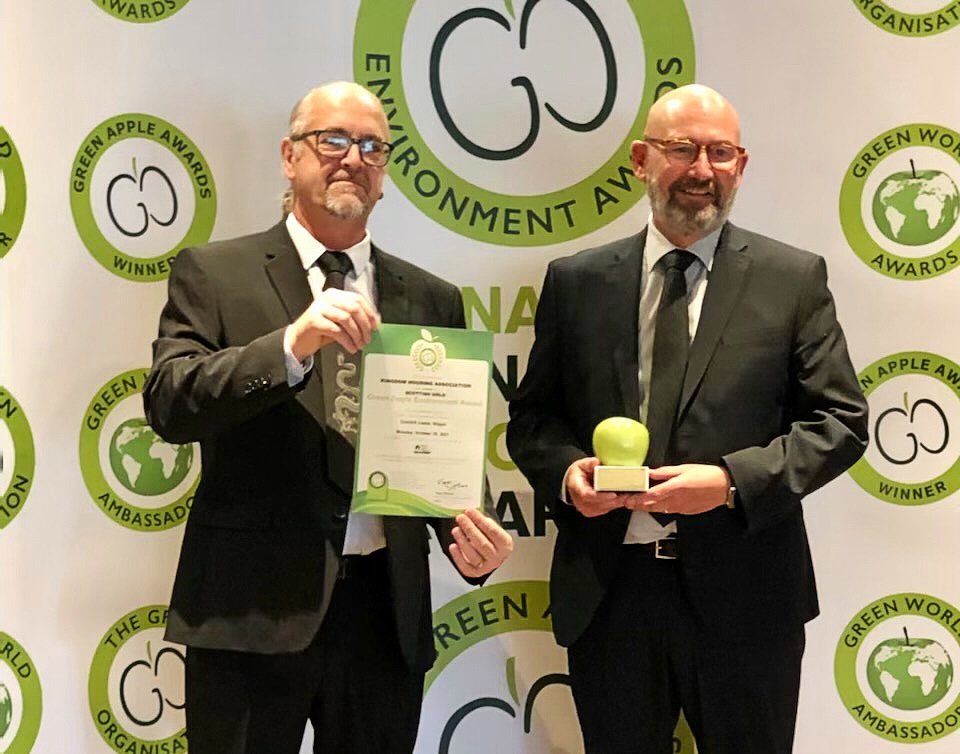 Karl Tullett, director of The Green Organisation, presents the award to Bill Banks

As a result of this Green Apple Award success, Kingdom has been invited to have its winning paper published in The Green Book, the leading international work of reference on environmental best practice, so that others around the world can follow their example and learn from their achievement.

Calum Kippen, Kingdom’s head of governance, who has responsibility for organisational development, said: “The award focused on our sustainability policy and the practices we have introduced across all areas of our work related to sustainability and environmental practices, which is an area we continue to develop and expand.”

The Green Apple Awards began in 1994 and have become established as the country’s major recognition for environmental endeavour among companies, councils, communities and countries.