Councillors have rejected plans to build a housing complex for young people in Livingston due to a number of “significant errors” contained within the planning application and a perceived lack of community consultation.

West Lothian Council had hoped to receive the green light to deliver the 28-bed supported accommodation unit at Nellburn in Deans. Planners had recommended the go-ahead of the plan which forms a central plank of the council’s housing policy to provide supported living space for young homeless people.

However, the proposal was rejected by the council’s development management committee after local councillor Andrew Miller highlighted that the application had confused a nearby licensed property with a church.

Councillor Miller also said there had been not enough engagement with the community before the plans came to the committee.

The site is used as a car park for the neighbouring junior football club and also as a fairground during the local gala week.

In his formal written objection, Councillor Miller said: “The application also references the adjacent Church of the Latter Day Saints. There is a church in the area but the building adjacent to the proposed development is actually the (licensed) Masonic Hall.

“Again this mistake continues throughout the application and leaves further doubt as to robustness of neighbour consultation/ notification. 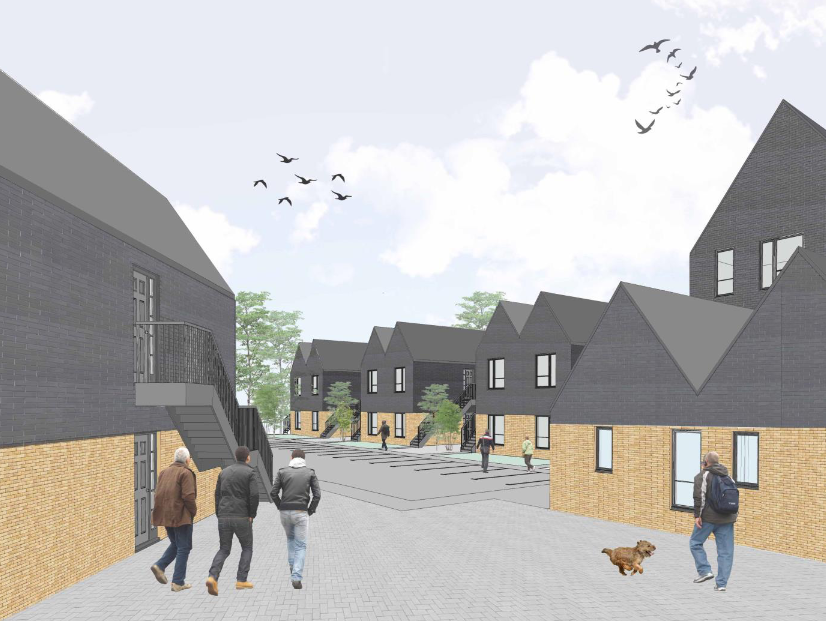 “Not knowing the difference between a church and a pub is significant given that this is a young persons unit, particularly if we note that alternative locations were rejected on the grounds of being too near licensed premises.

“I do not believe immediately adjacent to licensed premises constitutes a suitable location to house vulnerable young people.”

He added: “In addition to an error-filled application and a lack of confidence in correct notifications being made I would also point out that promised consultation events have not taken place (due to Covid) and whilst some online work has been done it is clear from talking to local residents that they do not feel they have been sufficiently advised or consulted in the manner that was promised.”