A Dumfriesshire estate owner who has provided pioneering, low energy housing has told a cross-party group of MSPs about the role such developments could play in easing fuel poverty and the shortage of affordable rural homes across Scotland.

Jamie Carruthers, owner of the Dormont Estate, was at the Scottish Parliament to present results from a study into his own innovative housing portfolio to politicians. 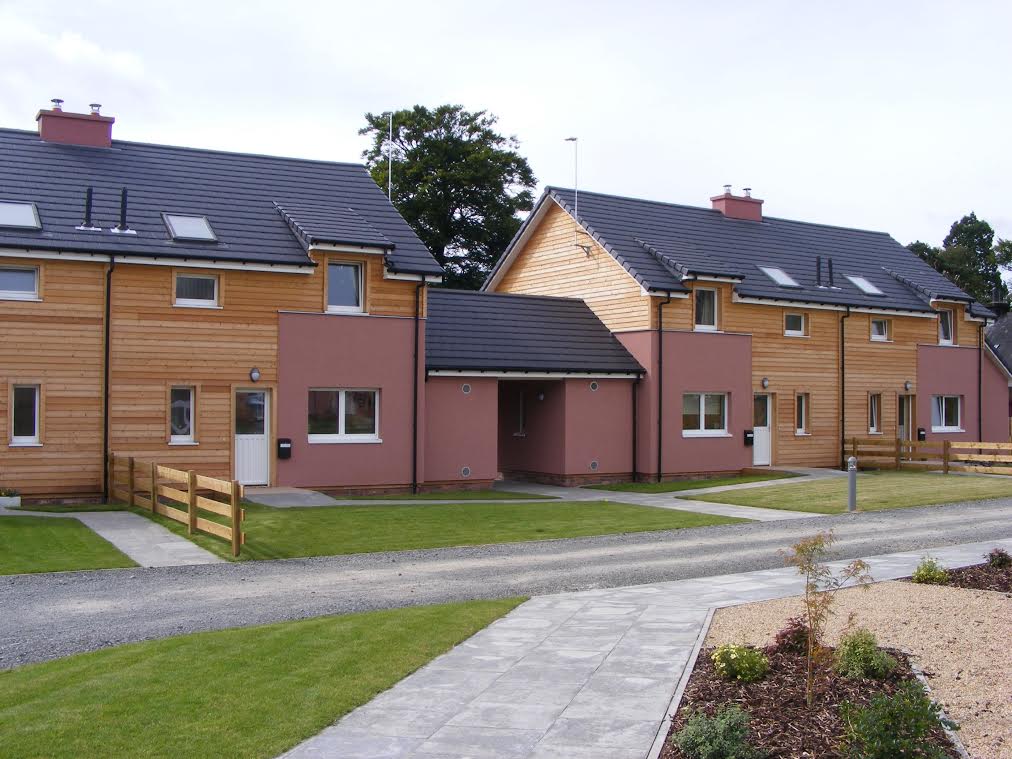 In August 2011, Dormont completed a development of eight homes built to ‘Passivhaus’ standards, an industry benchmark of superior quality low energy housing well above current UK requirements. The design of the houses means they effectively heat themselves with very little additional heating required.

Mr Carruthers presented research that showed the extraordinary savings on fuels bills for residents at the development which has won a series of industry awards including ‘Rural Development of the Year’ at the Scottish Home Awards 2012.

The two-year study has shown that the heating, lighting and hot water for a three bedroom (6 person) house costs as little as £100 a year – about a tenth of the average heating cost alone for a similar home in the UK – and that total energy costs were only around £500 a year. This clearly has a major impact on household disposable income and critically, in a rural area where car dependency is high, making travel more affordable.

The residents rent the properties under a twenty year affordable lease and MSPs were told that occupants’ standard of living including their health standards had greatly increased thanks to the quality of the houses. Politicians were informed of one family that were able to go on holiday for the first time in 20 years thanks to the savings made.

The homes near Lockerbie were constructed as part of the ‘Rural Homes for Rent’ pilot scheme that was launched by the Scottish Government and Scottish Land & Estates in 2008. However, the pilot ended last year and no replacement has been announced, creating a void for the creation of affordable rural housing in the private rented sector.

Jamie Carruthers, owner of the Dormont Estate, said: “Demand for private renting is high in rural areas and there is a clear need for more affordable housing in these regions. There is a part to play for all of us in providing these homes to allow rural communities to thrive.

“The Rural Homes for Rent scheme allowed our estate to provide exceptionally energy efficient properties to families below the standard market rent. The use of ‘Passivhaus’ standards – with super-insulation including triple glazing - means that all the heat generated by our daily activity such as cooking, washing and general movement is retained within the building, and the mechanical ventilation system results is good air quality.

“It is clear from the monitoring and personal feedback that residents are exceptionally happy with these homes. Due to the low rents and tiny electricity bills fuel poverty has been eradicated, residents have more disposable income and the accurate control of ventilation and moisture in a Passivhaus has improved the health of families. The development has been an exceptional success – we would now ask the government to take the necessary steps to make sure more properties like these can be built across the country.”

Landowners’ organisation, Scottish Land & Estates – of which Dormont is a member – has urged government to reintroduce the Rural Homes for Rent scheme to ensure that the award-winning Dormont affordable development can be replicated across the country.

Katy Dickson, policy officer (business and property) at Scottish Land & Estates, said: “The Rural Homes for Rent scheme was a tremendous success and at a time when there is an acute shortage of affordable rural housing available, landowners are willing to play their part in helping government ensure these communities thrive by building new homes that can be let at below market rates.

“Mr Carruthers’ development goes to extreme in terms of energy efficiency which further helps to eradicate fuel poverty. This highlights what can be achieved for rural areas when government and landowners work in partnership together.”