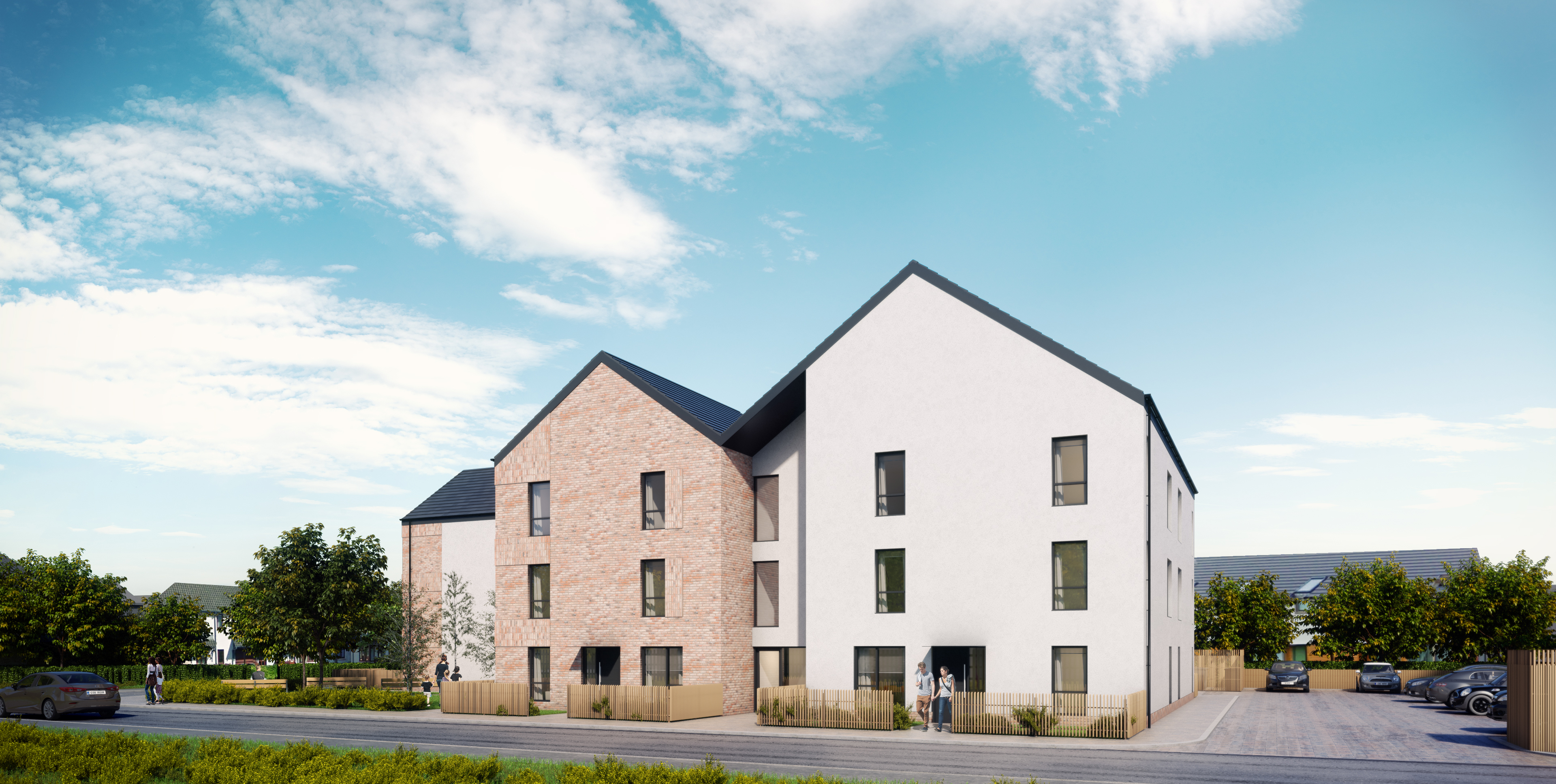 Councillors will be asked to decide on future management arrangements for 18 new flats for affordable social rent on the site of the former Fairfield Community Centre in Perth.

A meeting of the Housing and Social Wellbeing Committee will be given an update on the development, which is due to be completed in February 2023.

In 2018 it was discovered that the Fairfield Community Centre was in a dangerous condition and needed to be demolished. The land the community centre was built on was owned by Perth & Kinross Council.

An analysis highlighted the demand for more social housing in the area, and so it was agreed the site would be used for affordable housing. Fairfield Housing Co-operative owned and managed social-rented housing in the immediate area and said it was keen to take forward a development on the site.

However, in December 2018 the Scottish Housing Regulator (SHR) intervened in Fairfield Housing Co-operative. Fairfield was no longer in a position to take the development forward, and the land was transferred to the council’s Housing Revenue Account (HRA) so that the council could take over the build.

Fairfield transferred all tenancies in the area to Kingdom Housing Association (KHA) and the Scottish Government recommended that the council consider leasing the completed homes to KHA or entering into a management agreement. These options would allow the flats to remain in council ownership whilst providing a standardised service to all tenants living in the area. This would reflect KHA’s position as the manager of the estate and the fact that the council has no housing stock in the area.

Following consultation last summer, the local community voted overwhelmingly in favour of a proposed transfer to KHA in December 2021.

KHA is a member of the Perth and Kinross Common Housing Register and so the flats would be allocated in the same way, and from the same waiting list, as would be the case if the Council was letting them directly.

At the meeting on 7 September, councillors will be asked to approve a proposal to lease the flats to KHA for a period of 30 years. An initial annual rent of £49,000 will be payable to the council by KHA, revised yearly in line with the council’s rent-setting procedure

If the proposal is agreed, council tenants and the community will be further consulted in line with our agreed process for the disposal of HRA assets.

Committee convener, Councillor Tom McEwan, said: “I am incredibly pleased that these brand-new flats on this important community site are almost complete, despite the challenges the development has faced.

“Leasing the completed units to Kingdom Housing Association on a long-term basis will provide stability for the community in Fairfield which has endured uncertainty over the last few years as a result of the intervention by the SHR and the transfer of assets to a new landlord. This proposal will consolidate Kingdom’s position as estate manager, with no impact for the council or for applicants looking to access social housing.”

Bill Banks, group chief executive with Kingdom Housing Association, added: ”The new homes being built by the council are in the heart of the Fairfield estate. The long-term lease will allow us to ensure tenants are integrated into the community and benefit from the many enhanced services we have promised to deliver to the former Fairfield tenants.

“The proposed lease strengthens the partnership working between the council and Kingdom, allowing us to pursue mutual objectives that will benefit tenants and communities in the area.”