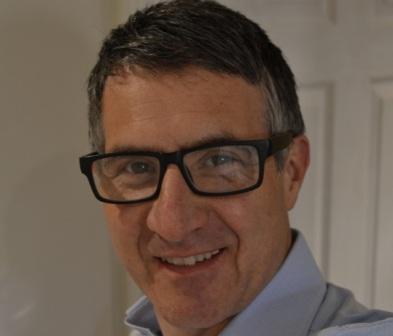 As the new year gets underway the Everyone Home Collective of organisations in Scotland concerned about homelessness has called on community groups and local decision-making structures to look out for the ‘red flags’ that might help prevent homelessness before it starts. Martin Gavin, head of external relations at Homeless Network Scotland, recaps what was achieved in 2020 and what still needs to be done to prevent homelessness.

Last year saw rough sleeping paused and people accommodated who needed shelter. Dormitory style night shelters were replaced by hotel accommodation; a pause on evictions for people in crisis was put in place, with plans announced last week to extend this further to the end of March; moves by the Scottish Government and councils to prevent destitution got underway. Everyone Home, which includes 31 charities and leading academics, published a series of Route Maps in 2020 covering night shelter and hotel accommodation, destitution and rough sleeping, key political asks of the Scottish Parliament going into election year and the fourth, published in December, focuses on a place-based approach to homelessness prevention.

The first three helped to shape policy in a fast-moving environment and the latest Route Map aims to better protect housing in communities across the country to prevent homelessness before it starts. As part of this, Everyone Home are urging people to hold local conversations that ask about a person’s housing situation and act on what they are told.

Poverty is the main driver of homelessness and risk is unevenly distributed. According to research, from JRF, nearly half of people in the poorest fifth of the working-age population spend more than a third of their income (including Housing Benefit) on housing. This scenario is recognisable in communities across Scotland where homelessness is an ever-present threat, all it takes is for a person’s circumstances to change unexpectedly.

The latest Route Map also identifies systemic failures that increase the likelihood of homelessness occurring, such as the inability of the welfare system to respond quickly to a sudden, critical change in circumstances, or a lack of available affordable housing where a person lives. The Route Map also sets out protecting factors that can stop people losing their home, including access to adequate income, positive relationships, social networks and a sense of belonging.

Commenting on the Prevention Route Map, Lisa Punton, A Change Lead with the lived experience advisory group, All In For Change, puts it clearly. “A lot of services are designed to kick in after homelessness occurs and the current system often responds too late and too slowly to help people at risk of losing their home, we need to spot the warning signs earlier. For example, evidence points to a spike in the use of health services before somebody becomes homeless. I urge people and professionals in communities across Scotland to ask about a person’s housing situation and act if there’s a problem ahead. Homelessness is an event in someone’s life, not a way of life. It can be prevented with the right action at the right time and in the right place.”

Scotland’s legislation in this area is some of the most robust and comprehensive in the UK, including a legal right to housing. Despite this strong policy environment many services are designed to engage after homelessness occurs. The current system often responds too late and too slowly to help people at risk of losing their home due to some of the most common reasons including poverty, mental ill health, addiction or household disputes. A new duty on a wider range of public services to prevent homelessness has been consulted on and is currently being considered by the Scottish Government.

Sometimes a person may have no one they can call on for help, to stay over for a few days, ‘borrow a few quid’ or just talk things over. For others, friends and family may be unable to help due to lack of space or money. In those circumstances it is too often unclear where people can turn to be supported before their situation turns into homelessness.

Homelessness does not begin in the city centre, it begins in communities. These are places where it can also be prevented. This means supporting people when it is time to leave or helping them if they want to stay.