Housing associations and the Scottish Government must work together to ensure that tackling climate change and achieving net zero emissions homes doesn’t lead to increased levels of fuel poverty, a pre-COP26 energy summit, led by the Scottish Federation of Housing Associations (SFHA) and addressed by the minister for zero carbon buildings, active travel and tenants’ rights Patrick Harvie, heard yesterday. 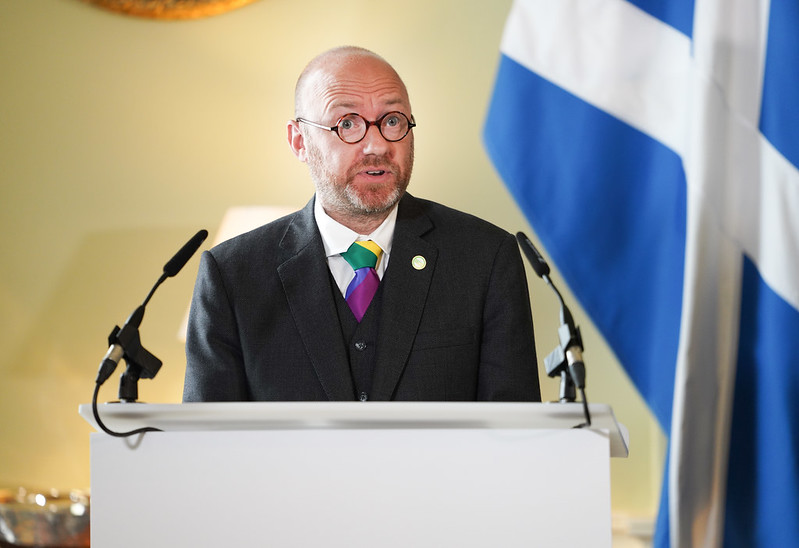 With heat from buildings accounting for around 20% of Scotland’s greenhouse gas emissions, social landlords have a key role to play in tackling climate change. By 2045, over two million homes will need to transition from fossil fuel-based systems to low and zero-emissions systems such as heat pumps, heat networks and other technologies, and housing associations and co-operatives will help the Scottish Government to achieve these targets.

And, with the news this week of likely increases in gas prices, SFHA said it’s more important than ever to ensure Scotland’s social sector homes are as energy efficient as possible.

Sally Thomas, SFHA chief executive, said: “We’re delighted that we were able to find this early opportunity for the new Minister to meet our members, who have a major role to play in achieving net zero carbon in a fair and just way. With over a third of social housing tenants living in fuel poverty, it’s critical that achieving net zero emissions in social housing doesn’t exacerbate this. The current increases in energy prices will intensify the problems faced by many people across Scotland and underline the critical importance of acting on both energy efficiency and fuel poverty to achieve net zero while leaving no-one behind.

“While it’s clear there is much work to be done to achieve this, our sector is already making progress in reducing emissions and can use its expertise, working with the government, to attract investment and create jobs in the green economy. Together, we can tackle both climate change and fuel poverty, achieving a fair and just transition.

“We must now act on the momentum that’s growing and do everything we can to combat the effects of the climate emergency. Scotland’s housing associations and co-operatives are already playing their part, and we stand ready to work with the Scottish Government and other partners to do even more.”

Minister for zero carbon buildings, active travel and tenants’ rights Patrick Harvie said: “Reducing emissions from our homes and buildings is one of the most important actions we are taking to tackle the climate emergency, and it is critical we do this in a way that ensures that Scottish consumers and businesses are not left behind.

“I am pleased that, this year, an additional £10 million funding will be offered through the Social Housing Net Zero fund which will be specifically targeted towards ‘fabric first’ energy efficiency measures ahead of installing zero emissions heating in later years.

“I was pleased to address SFHA’s Energy conference and, as we continue to develop and accelerate the decarbonisation of our social housing, we will work closely with local authorities and social housing providers and, importantly, their tenants.”

Social landlords are already driving forward progress in reducing emissions. Over half of Scotland’s social housing stock achieves a good level of energy efficiency, compared to two-fifths in the private rented and owner-occupied sectors. However, in order to make further progress, SFHA said that housing associations can’t act alone – they must work in partnership with Scottish Government to develop a clear action plan and secure sufficient funding to meet the challenge.

This call to take collective action was one of the key recommendations of the Zero Emissions Social Housing Taskforce (ZEST), which was co-chaired by SFHA chief executive Sally Thomas.

ZEST was convened earlier this year by then housing minister Kevin Stewart and tasked with examining, and making recommendations on, what is required of the social housing sector to maximise its contribution to the government’s climate change targets. The taskforce also called for the Scottish Government to commit to a fair and just transition to net zero emissions homes, ensuring no tenant is left behind with energy bills they can’t afford or a heating system they can’t operate.