MSPs ‘surprised and saddened’ over to Mundell food bank evidence

A Scottish Parliament committee has sent evidence that shows the link between the UK government’s welfare reform and an increase in the use of food banks to Scotland Office minister David Mundell MP.

The move by the Welfare Reform Committee follows a call from Mr Mundell to show him evidence of the impact of these policies after he expressed doubt that an increase in food bank use was as a direct result of welfare reform. 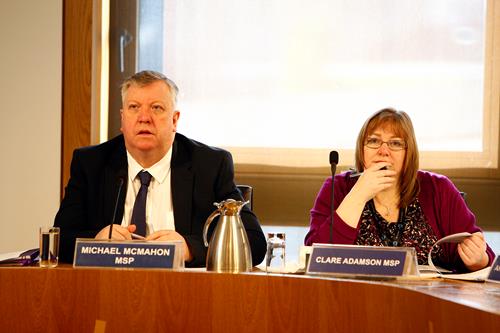 Much of this evidence has now been forwarded to UK ministers and the Department of Work and Pensions, however many benefit claimants declined to send in their cases for fear that they might be subject to unfair treatment and reprisals from the DWP if their identity is revealed.

Committee convener Michael McMahon MSP said: “The Welfare Reform Committee has amassed a growing volume of evidence documenting the impact of welfare reform on Scotland’s communities. We have now sent a further batch of evidence to Mr Mundell and the DWP. However, what we discovered during the course of our enquiries has surprised and saddened us. It is a sad state of affairs when vulnerable people are frightened to engage with the very system that is supposed to offer them support and care.”

Deputy convener, Clare Adamson MSP added: “UK Government ministers continue to turn a blind eye to the appalling impact that their welfare policies are having on some of the most vulnerable members of society. We have now provided Mr Mundell and the DWP with irrefutable evidence that benefits cuts and sanctions are driving people in ever greater numbers to seek the assistance of food banks and other charities.”