New board members announced by Wheatley

Wheatley Group has announced four new appointments to its board. 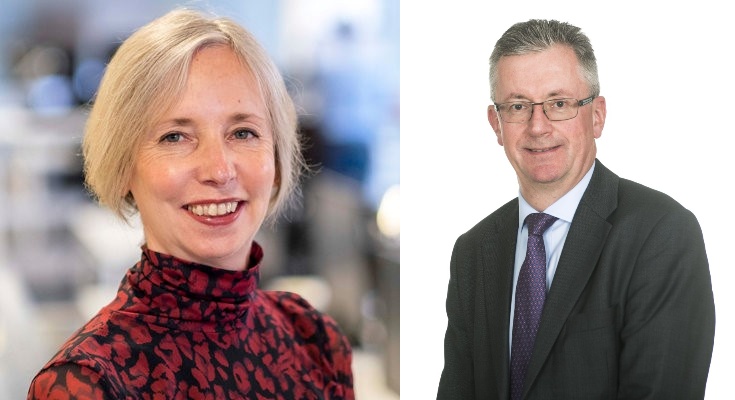 Caroline Gardner CBE has been appointed as a non-executive director and chair of the Group Audit committee. She was joined on the board by new subsidiary board chairs Eric Gibson, Mairi Martin and Lindsey Cartwright at Wednesday’s Annual General Meeting.

Qualified accountant Caroline, from Edinburgh, brings a wealth of experience from her former role as the auditor general for Scotland, a position she held from 2012 to 2020. Caroline was responsible for auditing the Scottish Government and public bodies in Scotland and reported to the Scottish Parliament.

Prior to this, she held several senior roles, including as controller of audit and deputy auditor general in Audit Scotland as well as chief financial officer in the Turks and Caicos Islands Government.

Caroline is an experienced non-executive director and holds various positions including on the PwC Audit Oversight Body, the International Federation of Accountants, Public Sector Audit Appointments Ltd and as an independent member of the House of Lords Audit Committee. Caroline is a Fellow and past President of the Chartered Institute of Public Finance and Accountancy and holds an MBA from Warwick Business School.

Caroline, who will become a non-executive director, said: “I am delighted to be appointed to Wheatley Board. The work of Wheatley and the various subsidiaries throughout the years, and none more so than the last 18 months, speaks for itself and I look forward to taking up this position on the board.

“I look forward to working with my colleagues and key partners to implement our new five-year strategy, ‘Your Home, Your Community, Your Future’ and to driving forward our ambitious plans to continue to support our customers more than ever before.”

Eric Gibson, a career banker and Fellow of the Chartered Institute of Bankers in Scotland, becomes chair of Loretto Housing Association and Lowther.

Eric, from Hamilton, has held various senior management roles with Bank of Scotland and Lloyds Banking Group working with SME and corporate customers in a variety of sectors. On leaving banking in 2014, Eric established his own advisory business which he ran for three years. He has a range of non-executive experience, including as a former board member of Social Investment Scotland where, in addition to his board role, he chaired the Credit Risk Committee

Mairi Martin, from Stewarton, takes up a position on the board and as chair of West Lothian Housing Partnership (WLHP).

Mairi, who was first appointed to WLHP in 2017, is a highly experienced senior leader with particular expertise in strategic business transformation through people and technology. She is currently executive director of transformation and a member of the executive team of Mencap UK, a large UK charity for people with a learning disability.

Mairi has a wide range of housing and care experience having spent seven years at Cornerstone, where she was responsible for varied business support functions with particular expertise in HR, strategy, and technology. Prior to this she spent 13 years at Riverside Group, one of the UK’s largest housing and care providers, and was latterly executive director of resources.

Lindsey Cartwright, from Glasgow, also joins Wheatley board after being appointed as the new chair of Wheatley Care.

Lindsey, who was first appointed to Wheatley Care in 2016, is a qualified solicitor with over 20 years’ experience. She is accredited by the Law Society of Scotland as a specialist in employment law and has been a partner with Morton Fraser LLP since 2010. She has considerable experience in business development and strategy and sits as a non-executive member of Morton Fraser’s Management Board.

Lindsey is the first female President of the Employment Law Group in Scotland and is also a senior tutor at the University of Glasgow.

In May this year, Wheatley announced Jo Armstrong, one of Scotland’s leading independent business economists, would become Wheatley Group’s new chair. She succeeds Alastair MacNish who stepped down at the group’s AGM yesterday.