The ‘No Evictions’ movement fighting against the Serco evictions of people living in asylum accommodation has created a fundraiser GoFundMe page with the monetary aim of reaching £1,000 to aid their campaign. 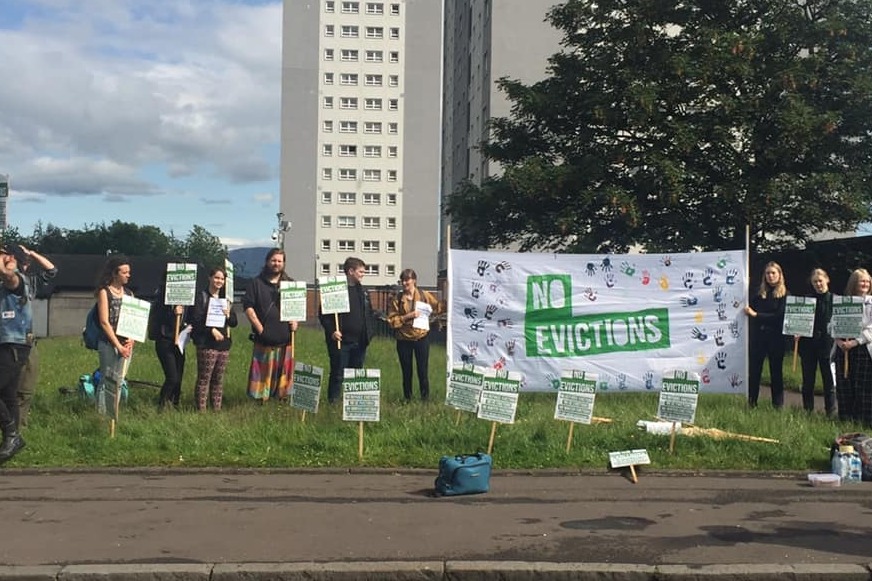 Serco announced in June that it would begin the mass eviction of 300 people of asylum seeker status from their accommodation in Glasgow. This has triggered the creation of the ‘No Evictions’ movement based in Glasgow to fight back against what Glasgow City Council leader Susan Aitken has called “a sorry and utterly unacceptable state of affairs”.

The fundraiser has aimed to help with the cost of travel reimbursements for meetings and the cost of taking action for anyone those in need, as well as to help pay for the printing of flyers and posters, as well as for refreshments for group meetings. Ultimately, the fundraiser is aimed to enable the campaign to be accessible to all. The GoFundMe page has so far received £295 in donations by 15 donors.

The group held a public meeting last night at the Glasgow Autonomous Space, which was attended by 21 people. The event intended to “escalate” the groups’ mobilisation to prevent further attempts by Serco to evict people from their homes. The group has had several other meetings throughout July to spread awareness and to take steps to counter the attempts at eviction.

Also on August 1, the ‘No Evictions’ Facebook Page revealed that volunteers from the No Evictions group attended a family fun day to challenge Mears group who are due to take over from Serco. The group has stated that the Mears group insisted that the “comfort and safety of their service users will be paramount and their top priority”.

Such meetings and demonstrations are part of the movements’ dedication to prevent the homelessness of asylum seekers and vulnerable groups in Scotland. The fundraisers’ organiser Jennifer Baird has said that “the campaign is only continuing to grow stronger”.