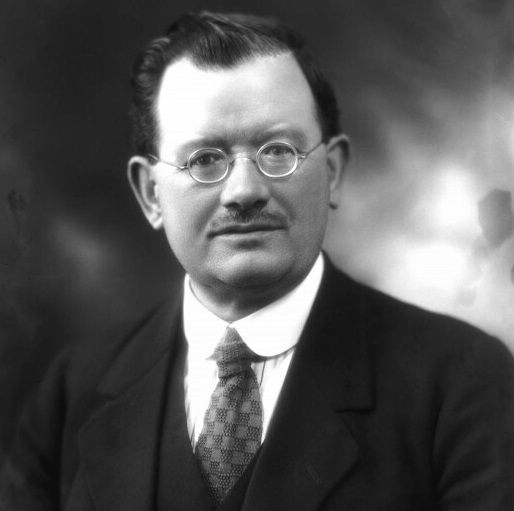 It is fitting that today the memory of John Wheatley is kept alive by the eponymous giant Glasgow-based housing group. For it was this Irish-born immigrant to the Lanarkshire coalfields who, more than anyone can be described as the founding father of social housing in Britain.

A devout catholic and Christian socialist, Wheatley was appalled at the slum housing and squalor of life in Glasgow. Housing became a passion for the young miner-turned-journalist and led to the publication in 1913 of his pamphlet Eight Pound Cottages for Glasgow Citizens which argued that the profits from municipal tram services be used to subsidise council housing.

A member of Jimmy Maxton’s Independent Labour Party, Wheatley had opposed World War One and the resultant slaughter. He also assisted in organising and supporting the rent strikes which swept through Glasgow during the war. These campaigns led to his election as a Glasgow councillor and ultimately to his becoming one of the celebrated Red Clydesider ILP MPs elected to Westminster in 1922.

A critical supporter of Ramsay Macdonald, Wheatley was appointed Minister of Health in the first but short-lived Labour Government of 1924 creating what is arguably its greatest achievement - The Housing (Financial Provisions) Act of 1924. More commonly known as The Wheatley Housing Act - it saw a huge expansion in affordable municipal housing for the working class.

Wheatley developed a successful partnership between political parties, local authorities and specially-appointed committees of building employees and employers. In solidifying these relationships, he successfully orchestrated the movement towards building new council houses at affordable rates.

It was Lloyd George who promised ‘homes fit for heroes’ but it was Wheatley who delivered them and he was determined that they should be quality dwellings calling them “homes not hutches”. In an effort to make Prime Minister Lloyd George’s pledge a reality, Parliament had passed the Housing Act of 1919 which allocated government funds to help finance the construction of 500,000 houses within a three year period.

However, due to a crippled post-war economy, funding was cut and ambitions were quashed, yet the act laid the foundations for better quality and more affordable housing to be built in the UK.

The Wheatley Housing Act, ensured local authorities would receive long term, 40-year subsidies to build council housing under municipal control with a guarantee against any losses. Wheatley intended to eliminate the housing shortage within a decade, with house building rising from 135,000 per year to 450,000 houses per year in the final year of his plan.

The Act increased the government subsidies to be paid to local authorities to construct municipal housing for rent for low paid workers from £6 to £9.

Wheatley’s drive to create high-quality and affordable housing ensured that an estimated 508,000 houses were constructed under the legislation implemented in his name.

However, after encountering continuous confrontations with the Labour leadership under Ramsay MacDonald over his attitude to the 1926 General Strike, Wheatley was not reappointed to the 1929 Labour Government. The painting was unveiled in 2013 by Kathleen Dalyell, great niece of John Wheatley and wife of the late Tam Dalyell, MP for Linlithgow and former Father of the House of Commons, and painted by Mrs Dalyell’s nephew, Nichol Wheatley

John Wheatley died in 1930, before the Labour government collapsed and the pound was devalued.

His legacy continued on, as after the Second World War, the expansion of council house building became the basis for Labour’s rise to power in major urban areas across the country.

John Wheatley has also been immortalised through the establishment of Wheatley Housing Group, which is Scotland’s largest registered social landlord.

Commenting on the influence and legacy of John Wheatley, Wheatley Group chief executive, Martin Armstrong, said: “Our group was born in Glasgow and like that towering figure of social housing history, Shettleston MP John Wheatley - after which we are named - we were and remain totally committed to providing and maintaining homes people are proud to live in.

“More than that, John Wheatley, as the father of social housing, sought to raise the expectations and life opportunities of tenants, particularly the vulnerable and disadvantaged. In seeking to follow in his footsteps, we try every day to live up to our mission of ‘Making Homes and Lives Better’ for the hundreds of thousands of people we now work for across Scotland.”

He added: “As Health Minister in Ramsay MacDonald’s government of the early 1920s, John Wheatley brought forward the transformational 1924 Housing Act, which included the building of 100,000 municipal homes across the UK. For the past three years, Wheatley Group has been the largest builder of social-rented homes in the UK, and we see this not only as a badge of honour, but a tribute to what John Wheatley stood for almost a century ago.

“In these unprecedented times, Wheatley’s values and ambitions, more than ever, guide and motivate us each day in all we do.”