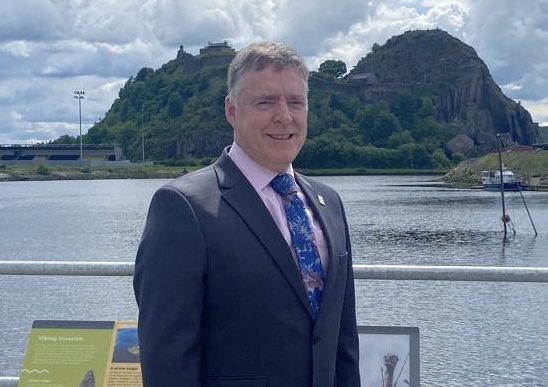 West Dunbartonshire Council has appointed its current chief officer of regulatory and regeneration Peter Hessett as its new chief executive.

Mr Hessett brings a wealth of local authority experience to the role and a firm commitment to do all he can to support communities through current pressures.

He has also overseen services including trading standards, planning and environmental health, which have been instrumental functions as the council works to improve the lives of local residents.

Peter said: “I am honoured to be appointed chief executive of West Dunbartonshire Council and excited by this fantastic opportunity to continue the progress we’ve already made in the area over the past decade.

“As well as great affection for and loyalty to the area, I have a firm understanding of the pressures faced by our residents and I am passionate about delivering positive change.

“West Dunbartonshire has a lot to offer and as chief executive I will be focusing on continued improvements and support for our communities, visitors and businesses as well as bringing further investment into our area.

“While I recognise there will be challenges ahead, I’m confident my knowledge of this council and all the services it provides will allow us to deliver on our key priorities and I look forward to working together with elected members, partners and officers to achieve this.”

Council leader, Councillor Martin Rooney, who is the chair of the recruitment committee, said: “We are very pleased to welcome Peter as the new chief executive. Over the past decade Peter has shown impressive leadership qualities, as well as demonstrating a great understanding of all the services our council provides.

Current chief executive Joyce White announced in January that she would step away from the role after more than a decade at the helm.

She said: “I want to congratulate Peter on his appointment and wish him every success in the future. Leading this fantastic organisation and the dedicated, hard-working people within it has been a real honour in my career and having worked closely with Peter for several years, I am delighted to be leaving it in such capable hands.”