Plans have been submitted to build 250 new homes in a plan to redevelop the site of the one-time luxury Letham Grange resort hotel in Angus.

Previously dubbed the ‘Augusta of the North’, the mansion-house hotel has fallen into increasing disrepair since its closure ten years ago.

A complex legal court battle spanning over fifteen years, was fought over the ownership of the resort north of Arbroath. It handed the assets back to Taiwanese businessman Peter Liu, whose family are now believed to be behind the major proposal.

Residents living on the estate only learned about the redevelopment bid through a proposal of application notice (Pan) lodged with Angus Council recently. It indicates nearly 190 new private housing plots on the sprawling estate.

A further 71 affordable homes, 53 houses and 18 flats, are also planned, along with eight holiday lodges.

The developer, Smartwill Investment Ltd, is understood to be Hong Kong-registered and linked to the Liu family.

A new golf clubhouse is also included in the plans, The Courier reports.

Letham Grange’s two highly-rated courses were maintained by members in an agreement struck after the collapse of the hotel. It previously had its own curling club and was a thriving wedding and leisure venue.

The Pan application has stunned members of the is club was the end of Friends of Letham Grange (FOLG) residents’ group. They have already branded the scale of the planned housing as excessive and out of character. While the group say they would love to see the one-time tourism jewel restored to its former glory, they remain highly critical of “absentee landlord” Mr Liu.

An FOLG spokesman said: “Residents have real concerns about this proposal, which would see a massive increase in the density of housing on the estate. Under the ownership of the applicant the hotel, which is a listed building, has been allowed to fall into complete disrepair.

“The two golf courses, which were once a local treasure, are returning to pasture. The next thing is we get this bombshell. The proposal from the overseas and absent landlord involves a tripling of the level of housing and appears to be driven entirely by profit.

“There has been no engagement to date with residents, but we are willing to work with the owner to find a suitable way forward which is in-keeping with the vision that existed when the estate was approved in the first place.”

However, the group wants to see the indicative proposal sent into the long grass at the earliest opportunity. The spokesman added: “It is very much hoped that the local authority will give this application the response it deserves.”

Paul Scott of Edinburgh-based agents Scott Hobbs Planning commented: “Our client is preparing for the extensive pre-application consultation phase of the project and further details will be provided at that stage.”

The Pan submission says a website will be launched to let the public see the initial proposals and provide feedback.

A virtual feedback evening is also being planned for around the end of next month. It will run from around 4-8pm and offer a live chat feature for the public to quiz the applicants on the proposal. 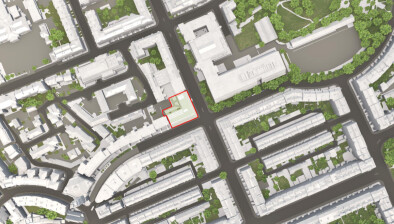 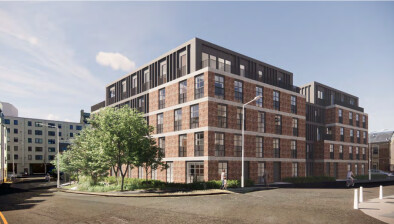 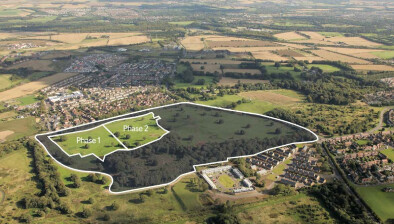