New proposals have been submitted to transform Dalian House in Glasgow into 92 flats for private rent instead of the apartments for sale previously approved for the property. 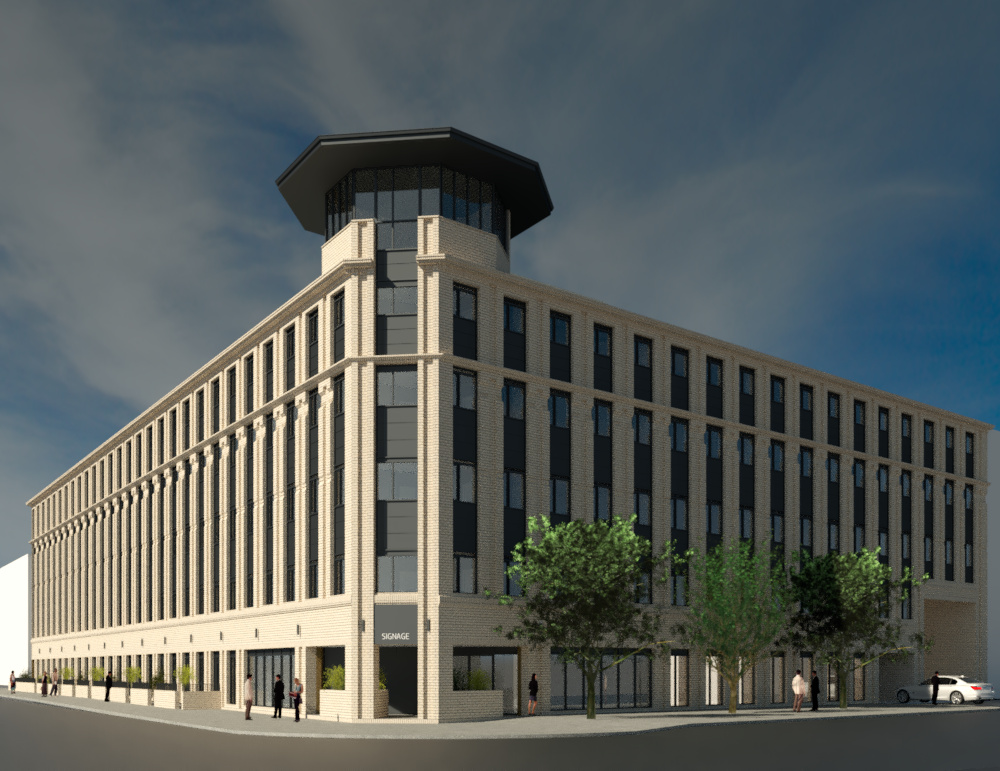 Permission was previously given to Mosaic Architecture + Design on behalf of Calmont Group for 67 apartments to be delivered at the former NHS Glasgow headquarters at Charing Cross.

The building on the corner of St Vincent Street and North Street, near the M8 motorway, was previously the subject of an application for hotel and restaurant use but the site received no interest from hoteliers.

Upgrading it to commercial office space is not considered viable but commercial uses are proposed for the ground floor space facing the motorway.

Under the new plans, there would be 17 studios, 58 one-bedroom and 17 two-bedroom units. A space will also be provided for residents to gather and relax, with opportunities for home/co-working and relaxation/breakout activities and direct access to an external soft and hard landscaped area.

The existing 96-space basement car parking will be kept and there will also be one cycle space per flat.

“There have been various option appraisals considered in recent years including proposals for offices, a hotel and student accommodation, however managed residential accommodation is now considered to be the most viable alternative use in the current market.

“Along with internal alterations, the proposals will include the refurbishment of all exterior elevations, new glazing and extensive landscaping to the front and rear of the building.”