Professor Duncan Maclennan from the University of Glasgow discusses how Australia is emerging as a key exemplar of the OECD’s concerns that unbalanced housing markets now impede inclusive growth and the implications for other housing markets. 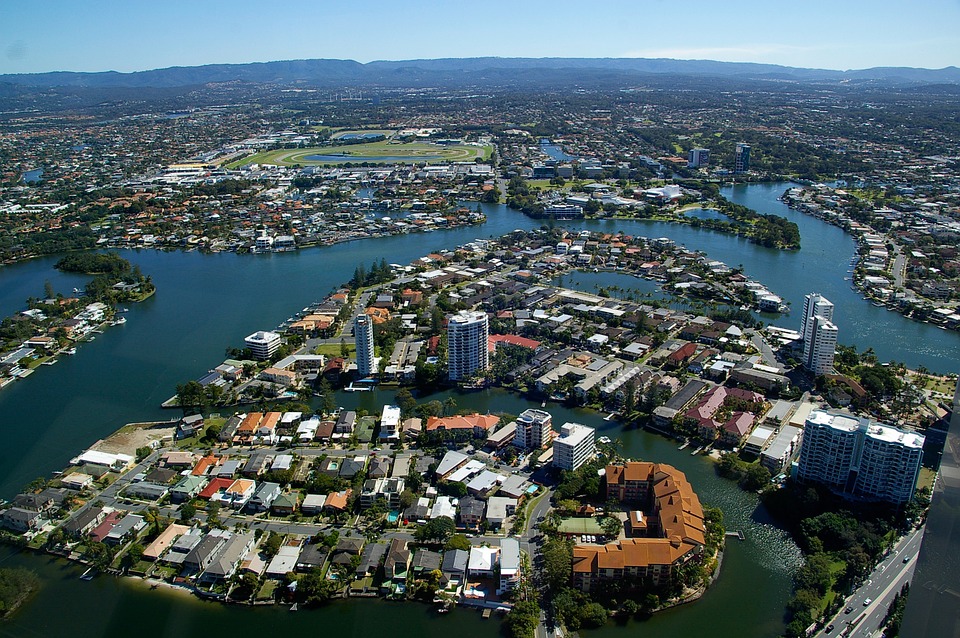 In June 2021 OECD Secretary General Mathias Cormann, former Australian Finance Minister, launched a landmark report outlining how unbalanced housing markets now impede inclusive growth. That report concurs with the key findings of The Shaping Futures Network, run by Policy Scotland from 2016-19. It highlighted how advanced economies, with large home-owner sectors and extensively deregulated mortgage finance systems, had been associated with adverse housing outcomes since the start of the millennium. The network, focussing on Australia, Britain and Canada concluded that these outcomes were economically dysfunctional as well as socially unjust.

Our more recent detailed follow-up research reveals how Australia is emerging as a key exemplar of the OECD’s concerns. Preliminary research on Canada and the UK suggests similar misgivings about effective economic governance of housing markets.

Australia: The lucky (for some) country!

Back in 2018 we highlighted how Australian governments’ goals for housing have been unfulfilled for decades. Homelessness has risen, rental housing shortages and payment burdens have increased. The poorest Australians have suffered most from housing system change.

Housing policy has been at best fragmented and inadequate, and at worst inactive or counterproductive. Our new evidence demonstrates the economic damage that arises from the consequent housing outcomes by raising inequalities of wealth and income, hampering productivity and exacerbating potential economic and financial instabilities.

In twenty-first century Australia the social housing sector has been starved of resources that provide for the homeless and most disadvantaged, despite the obvious merits of investment cases made. However, it is not the argument for social justice that will change the political economy of Australian housing policy. A change is going to come because for three decades Australian politics has failed to understand and govern market systems in which nineteen out of twenty Australians find, own and rent their homes.

Housing system failures are accumulating and manifesting in numerous ways. Most obviously, and despite substantially rising incomes, since 1990 home ownership rates have almost halved for under 35s, are now falling in every age cohort under 65 and the overall rate fallen by 5 percentage points to 67%. These shifts are not sudden, and they are not small.

Beneath these headline ownership rates lie a growing number of individual household battles to progress. First-owners have faced steadily rising entry level prices and, though assuaged by a decade of lower mortgage rates, mortgage burdens have increased. Challenges in securing a deposit to purchase have become critical for many, especially those with no access to wider family wealth. Social mobility is halted for many in the housing market.

For existing homeowners, the growing ‘flexibility’ of employment and household relationships has generated a stock of more precarious owners. There is, for many, no longer one-way lifetime progress through home-ownership. Mid-life tenure churn has grown and, increasingly, post-retirement homeowners are still paying off mortgages. Older owners, increasingly remain in peak family homes matching their bequest aims rather than consumption needs. This is not the Australian way. For governments expressly committed to expanding home-ownership it is both a massive policy failure and is a stark departure from the implicit promise of Australia’s ’social contract’.

For almost a century, until the 1980s, home-ownership provided stability and prosperity for Australians who worked hard and saved for retirement by paying mortgages. Home ownership was a ‘savings’ system with minimal ‘speculative’ gains as house prices rose slowly and steadily. And, until this millennium, rising home ownership rates reduced wealth inequality in Australia.

That home ownership system no longer exists. The residential sector has been reshaped by changing macro-policy settings into an active ‘speculation’ system, with easy wealth accumulation motives increasingly dominating consumption requirements in housing choices. The same processes have heightened the gap between renting and owning. Since 2011 monetary policy has been most generous to the already wealthy, so that housing wealth inequality is rising, even within the class of home-owners. Most of the evidence submitted to the Falinski Inquiry recognises, explicitly and implicitly, sector difficulties that chime with our own experts survey in finding Australian housing market policy no longer fit for purpose.

With progressively fewer gainers and more losers from housing outcomes it could have been expected that rebalancing policy changes would have emerged. Instead, short-term ‘patch and repair’ policies make matters worse. Typically, first home buyer grants accelerate demand and boost house prices; then tighter monetary policies and/or stricter prudential lending tests choke off the price boom. But this leaves the next wave of younger Australians to, eventually, climb over the ownership entry price hurdles with the next policy surge in first-owner grants.

Australian governments need a new understanding of what ‘housing policy’ means. The Commonwealth Government and its agencies control most of the housing demand-side levers through fiscal, monetary, and macro-prudential policies. These levers drive most ‘housing affordability’ policy in the form of first home buyer assistance, but much more importantly in the extra attraction of home ownership as a highly tax-advantaged asset. All other policies are relegated to a small corner of social welfare policy with a diminished housing ‘ministerial’ portfolio and budget, and to state/territory governments.

This disconnect is toxic. It leads the Treasurer, the Minister for Infrastructure, the Governor of the Reserve Bank, and the Chairman of the Australian Prudential Regulation Authority to deny any responsibility for broader housing market outcomes, including house price inflation, and to downplay the resulting economic under-performance. This is an ineffectual approach to governing one of the major systems in the economy. Disparate Commonwealth activity is then magnified by the often yawning gaps between Commonwealth, State and Municipal actions that pull the housing system in different, costly, and price-raising directions. There are too many ‘missing links’ in forming and delivering good housing outcomes for Australians.

Reforming Australian housing policy governance is an overriding priority. However, the dawning recognition in federal Australia that all is not well in the housing market has not energised a search for solutions but, instead a ‘hunt’ for ‘who is to blame’. Ministers and the RBA point the finger at state and local council planning departments. Mr Falinski appears to have prejudged evidence for his Parliamentary Inquiry by taking the same line.

The evidence in our review stresses that excess demand for housing drives prices. But excess demand arises from demand enhancing influences, including policies, as well as supply inhibitions. These can arise from planning allocations and processes, but the complex supply chain may be made inelastic by infrastructure, skilled labour, materials and other shortages. Government quickly needs to join up the dots – not just in policy governance but in its conceptual thinking about how housing markets work.

Burgeoning housing needs, tons of expert reports and multiple opinion surveys may fail to influence policy change where governments have a short term, narrow or ideologically-driven policy vision and narrative. Other countries consider the balance of policy action with a broader, longer lens. These differences were well illustrated and reported at the COP26 conference in Glasgow. The Australian Government’s stance has, admittedly, shifted here – but only from denial to blame-shifting. A depressingly similar scenario to what we see in the housing space.

Housing policy debates in Canada and the UK have important commonalities with Australia in the policy challenges emerging, although there are also important differences in problem recognition, governance structures and capabilities and they have also made different political choices. The UK has maintained some commitment to non-market provision and Canada has been pursuing a National Housing Strategy since 2017 but Australian governments have not pursued these approaches. However adverse market outcomes have become significant, and similar across all three countries and policies, in all three countries need a new understanding of and narrative for the owner occupied sector.

Why should the politics of housing policy in Australia (and the UK and Canada) change now?  The proportion of home-owner voters in some form of difficulty has risen so significantly, arguably to close to half of owners, that it will impact voter choices and electoral participation. Our concluding evidence report in the Australian context highlights how the current geography of mortgage and renter stress, particularly in the outer metropolitan suburbs, represents a large terrain for significant, imminent changes in political choices.

The Prime Minister and Leader of the Opposition may already be competing for votes around the stability of mortgage payments and robustness of housing prices. There is an emerging electoral ‘housing emergency’ for Australian governments and it will not be addressed by short term tinkering nor inter-governmental blame games. As Treasurer, Mr Morrison famously said that when it comes to addressing national housing challenges ‘business as usual across federal, state and local governments is not an option’. Too right mate, and that applies to the business of politics and government, and opposition, too.

This article synthesises a program of work at UNSW led by Duncan Maclennan and involving Jinqiao Long (Urban Studies Glasgow), Bill Randolph, Hal Pawson (UNSW) and Chris Leishman (University of South Australia). We are now turning comparative assessment to a more detailed focus on housing outcomes and governance in Canada and the UK.

This blog was published on the University of Glasgow website. A shorter version of this blog appeared in Pearls and Irritation, the online Australian public policy journal edited by John Menadue, on 24 November 2021.