Progress is continuing on an Aberdeen City Council project to build a heat network for part of the community of Torry which will get energy from a nearby energy from waste plant. 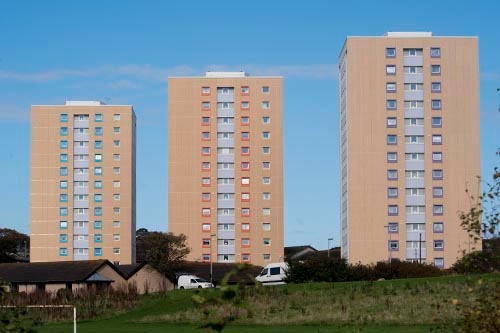 The city council’s city growth and resources committee agreed a report yesterday which sets out the new phase of the project of procuring contractors for the supply, construction, and installation of the network infrastructure.

It would be sufficient for the future district heating needs of Torry and there would be a potential future connection to the city centre network. The works would include new internal installations, heat metering and heat supply pipes.

Councillor Douglas Lumsden, Aberdeen City Council city growth and resources convener, said: “It is good to see progress on the heating network for Torry as it will mean less reliance on fossil fuels such as gas for heating homes which is good for the city as we set out to achieve net zero.”

During 2016, it was recognised that a district heating infrastructure project in Torry might be viable, given that heat (reserved by a SEPA license for a heat network) was expected from the energy from waste (EfW) plant.

The extent of the proposed infrastructure within the next phase of this Heat Network is: - a Heat Distribution Facility (containing controls, valves, heat buffer tanks and back-up boilers and other equipment required to effectively operate and supply heat to the district heating network).

It is proposed that this facility will be located within the former Waste Transfer Station building, Greenbank Crescent, Tullos which is immediately beside the EfW site.

The city council has received an offer of a capital funding grant from the Scottish Government’s Low Carbon Infrastructure Programme (LCITP) towards this next phase of this Network.

The main principles of a Heat Offtake Agreement have been agreed between ACC, the EfW operating company (Indaver) and the EfW lead company (Acciona).

It is proposed that the full Heat Offtake Agreement will be signed in late 2020, so as to secure the future heat supply to this network from the EfW plant (in early 2023).

The report said the construction and installation of the infrastructure proposed will require legal consent from Network Rail for the proposed district heating pipe infrastructure to pass underneath the Aberdeen-Dundee railway line, road closure consents and planning permission would be required, and other agreements with utility companies would also be needed.