Relief for first-time buyers, which raises the nil rate band for LBTT to £175,000, has been extended, while the ceiling of the nil rate band for residential land and buildings transaction tax (LBTT) will return to £145,000 from April 1, finance secretary Kate Forbes confirmed as part of the Scottish Budget yesterday.

The continued relief is calculated to result in a reduction of tax of up to £600 first-time buyers.

Elsewhere, the non-domestic rates tax rate has been reduced mid-revaluation from 49.8 to 49 pence saving ratepayers more than £120 million and delivering the lowest poundage in the UK. And to deliver “stability and certainty” from the tax system, there will be no changes to income tax rates this year.

During her Budget statement, Ms Forbes also set out plans to:

Ms Forbes said: “This Budget is focused on delivering tax policies that will support economic recovery and maintain our commitment to creating a fairer and more progressive tax system. It is about striking the right balance between raising the revenue required to fund our public services and supporting the economic recovery through targeted interventions.

“This includes using the rates relief handed back by businesses to help fund a three month 100% rates relief extension for the sectors that have been hardest hit by the pandemic.

“Should the UK Government bring forward an extension to its equivalent rates relief that generates consequential funding, we will match the extension period as part of a tailored package of business support measures.

“During this time, it is vital that we also continue to support households and families. That is why I have ensured that no Scottish taxpayer will pay more income tax in 2021-22 than they do now on their current income and, for a fourth consecutive year, more than half of Scottish income taxpayers will pay less tax than if they lived anywhere else in the UK.

“In recognition of the increasing pressures on many family budgets, I am also providing local councils with £90m on top of their settlement of £11.6 billion to freeze the council tax. This will ensure that while council tax bills won’t go up, there will be no impact on vital local services.

“Now is a time for stability, certainty and targeted support for the individuals and businesses who have been most impacted by the pandemic and our tax policy delivers this.”

David Alexander, joint chief executive officer of property firm apropos by DJ Alexander, said the finance minister has missed a trick in failing to extend the LBTT holiday beyond March.

Mr Alexander believes that extending the term of the threshold would have sent a clear signal that the Scottish Government wanted to continue to support homebuyers by encouraging the strong recent growth in the property market in Scotland.

In addition, this would have also raised much needed funds as the latest Scottish Government’s’ figures reveal that revenue from residential LBTT increased from £119.1 million in the last quarter of 2019 to £157.3m in the last three months of 2020. In December alone LBTT revenues were £60.2m from 13,580 residential transactions which was the highest ever recorded monthly figure.

MrAlexander said: “While it is welcome news that the Scottish Government is to continue the increased threshold in LBTT for first time buyers it has failed to recognise the value of extending this successful policy for all homebuyers. Kate Forbes had an opportunity to continue a policy which was actually revenue generating at a time when the economy is shrinking. That she failed to do so is deeply disappointing.

“However, this policy may yet be reversed in the near future with Westminster debating whether to extend the stamp duty relief in England on Monday and hints that Chancellor Rishi Sunak may announce the extension in his March budget. If this were to occur, then there is every likelihood that the Scottish Government would follow, as they did in July, and be in the difficult position of changing policy to follow Westminster’s lead.”

He added: “There is undoubtedly a case for reviewing the way LBTT operates and easing the rates at all levels. As part of this the announcement that there is to be a review of additional dwelling supplement (ADS) is welcome. But the Scottish government continues to believe that maintaining higher tax rates compared to the rest of the UK for investors, landlords, and higher value property buyers is a legitimate and attractive policy. Taxation should always be about maximising revenue generation to support society. The last few months have shown that by raising the threshold before you pay taxes you increase the revenue.

“(Yesterday’s) budget offered the Scottish Government a real opportunity to confirm that Scotland is open for business, wanting to encourage investment, and keen to support individuals, families and investors who want to live and work in Scotland. That they failed to continue to support the property market in these difficult times may be something that they come to regret in the future.”

Kevin Reid, chief executive of the Cruden Group, said: “While it’s disappointing that LBTT relief has not been extended past 31st March, it is of some comfort to hear that first time buyers will continue to receive relief of up to £600 off their tax bill.

“More welcome news, however, is the increased funding for the affordable housing supply programme to £711m.  This will help tackle Scotland’s desperate shortage of housing and provide a significant boost in the supply of more affordable and energy-efficient new homes.”

David Melhuish, director of the Scottish Property Federation, said: “We share the finance secretary’s desire to see a strong, fair and green economic recovery from the pandemic and a number of measures proposed today will help the business community support this aim.”

He added: “We regret that the residential LBTT holiday has not been extended beyond April 2021. This policy has helped to boost confidence in the housing market during the economic crisis, which has in turn helped the Scottish Government secure above average revenues in recent months.” 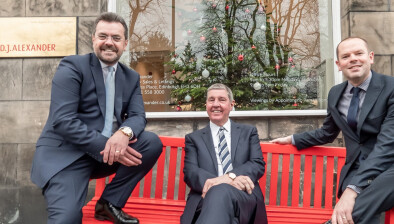