Having engaged in the Heat Networks (Scotland) Act since its earliest days, working with civil servants and ministers to provide the views of the renewables sector, Scottish Renewables highlights the work that was carried out and the teamwork that was necessary to achieve these wins. 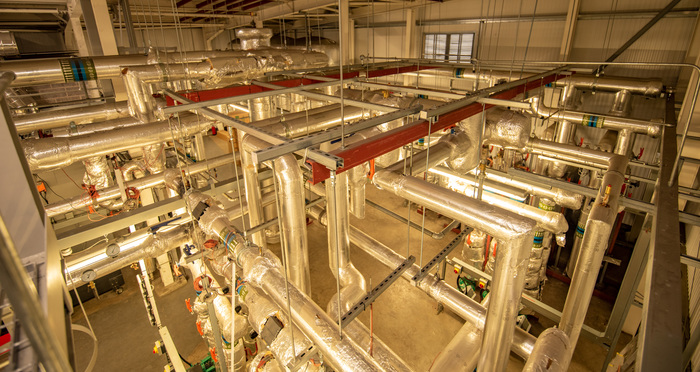 Scottish Renewables has engaged since the Act’s earliest days, working with civil servants and Ministers to provide the views of our industry.

This blog is the story of the past six months and is a good example of the teamwork that was necessary to achieve these wins. Working with our members and representing their interests, collaboration between the policy team and public affairs professionals, and working with MSPs, Ministers and civil servants to address our members’ concerns.

We contributed both written and oral evidence at Stage 1, then proceeded to work through Stage and 3, as this Act was and remains of key concern to our low-carbon heat members.

We had convened a Policy Advisory Group in August 2020 which resulted in this policy briefing for members. This gave us a list of areas of concern for members and areas which needed clarity.

At Stage 2, we chose to prioritise on six areas:

At Stage 2, this amendment was spoken to by Maurice Golden, Scottish Conservatives. He shared our concerns about what retrospective changes would be applied to existing networks and how these would be integrated with new ones. This amendment was intended to establish a level playing field.

At the Stage 2 debate, it was stated that it will be through secondary legislation that The Scottish Government would look to create exemptions and protections for existing heat networks, as necessary. There was some clarity given at Stage 3, however it is being proposed that these existing networks will be covered by forthcoming UK legislation.

Local authorities will require financial support and assistance to upskill staff to ensure successful implementation of this Act.

This amendment was concerning how The Scottish Government was going to resource local authorities for the additional responsibilities that would be created as a result of this Bill, especially at a time when local authority budgets are already constrained.

Graham Simpson, Scottish Conservatives, spoke to this amendment, setting out that Scottish Ministers must prepare a strategy setting out the costs to local authorities in relation to their duties under this Act. It was thought that this issue was dealt with in the Financial Memorandum, however the MSP disagreed, and it went to a vote (five for and four against), so this amendment passed at Stage 2.

Who would designate heat network zones?

This was an issue raised in a Heat Networks Policy Advisory Group, where members sought clarity on who had the obligation to zone (the language in the Bill at the time was unclear whether this responsibility lay with Scottish Ministers or local authorities). The Scottish Government supported this amendment at Stage 3 as it would help to further mitigate the risk of opportunities not being identified.

Industry was concerned that whichever organisation was the regulator/licensing authority would need to be agile and fully responsive to devolved Scottish policy, so we worked with MSPs on an amendment here.

This amendment said that when a regulatory body agreement is being set up, that agreement should include service standards that clearly establish communication protocols and decision-making timescales that will ensure that the regulatory process is conducted in a timely and transparent manner. The wording was redrafted for Stage 3 to say ‘decision-making protocols’ and passed.

Other concerns Scottish Renewables had raised at Stage 1 were on needing further clarification around how permits were going to work and how they would interact with licensing and consenting.

Members felt clarity was needed to support industry in understanding how permits operate, to open up market opportunities for heat networks and help provide assurances over potential customer base. The Minister set out a range of amendments clarifying this at the Stage 3 debate.

This key issue was identified by the Heat Networks Policy Advisory Group as being critical to the success of the Bill. Mark Ruskell, Scottish Greens, asked this as a probing amendment. The Minister stated that The Scottish Government is going to consult this year on the use of existing powers to strongly encourage anchor building owners in heat network zones to connect to and use local schemes. He said that includes, for example, the potential use of Section 15 of the Non-Domestic Rates (Scotland) Act 2020 to create reliefs for those buildings that connect, or supplements for those that do not.

We’ll continue to engage with members on the detail of the secondary legislation leading from this Act. If you’d like to discuss, please contact Helen Melone.