Second round of consultations launched for new council houses in Aberdeen 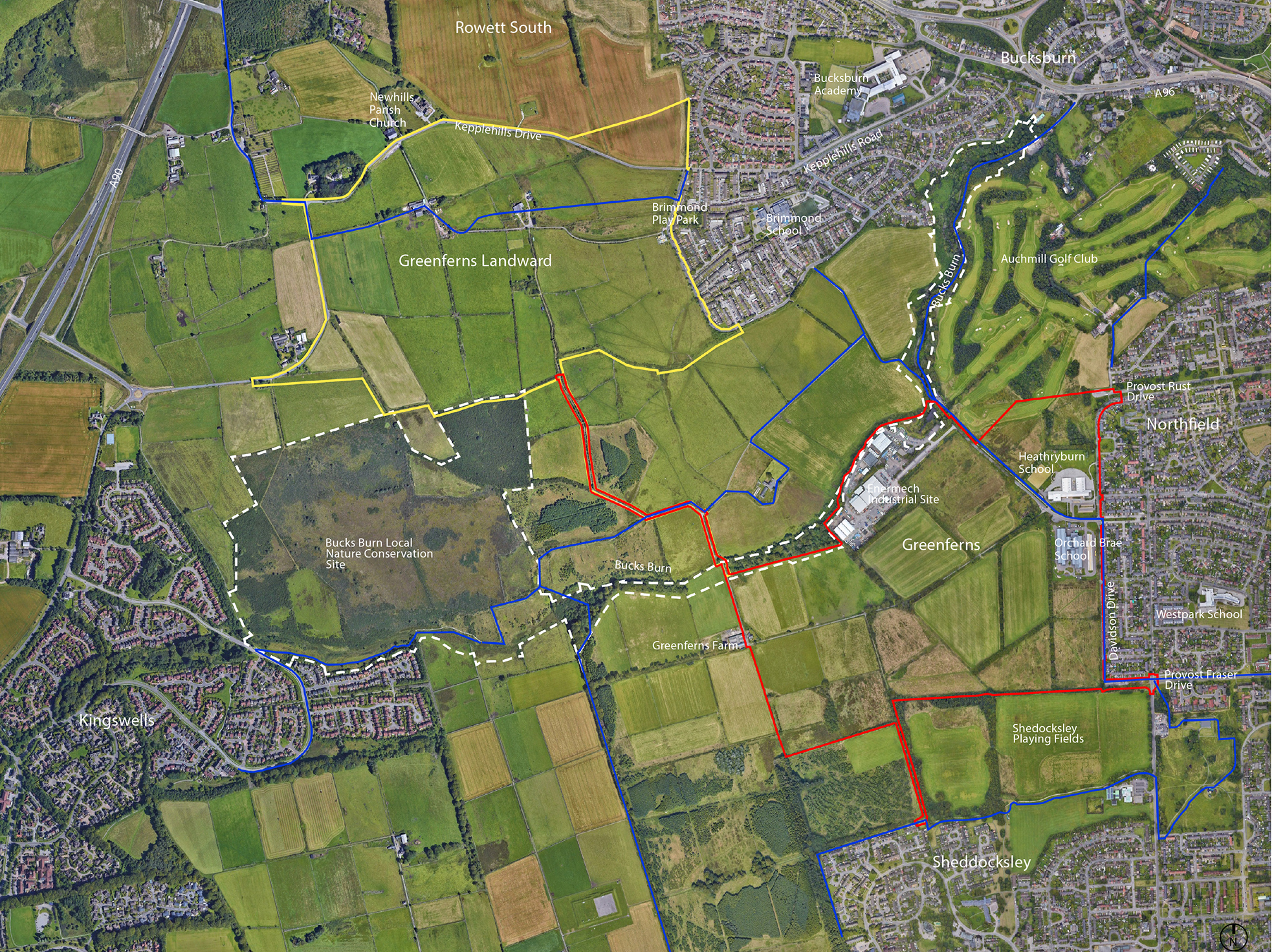 A map showing the proposed sites

A second round of consultations is being held for two proposed sites for new council houses in Aberdeen which are both in an area already zoned for housing near Newhills, Northfield, and Kingswells.

Subsequent housing on both sites would be built by private housing developers including a portion of affordable housing.

At Greenferns, the site would be about 73.6ha (182 acres), and approximately 1,650 homes are proposed. It would also include a neighbourhood centre comprising local retail and commercial space, leisure and community uses, and associated infrastructure, including new and upgraded access roads, landscaping, open space and engineering works. A detailed masterplan is also being prepared for phase one of the development.

A range of open space types would be provided including areas suitable for recreation which also provide opportunities for biodiversity enhancement, the management of surface water run-off and the mitigation of flood risk.

For both developments, views were sought on the type and location of amenities and types of open spaces people would like to see in the development. The design team have been considering the public feedback received to the initial consultation and the comments and feedback has fed into the design development process for the site. Updated proposals will be displayed and available for further feedback in the in-person public consultation events.

For Greenferns, the second public consultation is taking place on Tuesday 30 August 2022 in the form of a drop-in exhibition at the Middlefield Community Project (The Hub), Manor Avenue, AB16 7UR, from 3pm to 7pm.

For Greenferns Landward, a public drop-in exhibition on Thursday 1 September 2022 at the Middlefield Community Project (The Hub), Manor Avenue, AB16 7UR, from 3pm to 7pm.